Founder Amanda Grogan’s idea to dye unbought clothes black got the attention of the judges.

Black was the color of the night this past Thursday, when Amanda Grogan’s Make It Black won the Make It in Brooklyn Female Founders pitch contest. Grogan’s startup took home the $5,000 prize, some useful connections with the judges’ panel, and a custom, 3-D printed trophy.

Pitched as being the future of the circular economy, Grogan is developing an innovative new service, “Blackout Color Technology: Advanced Remanufacturing,” to dye deadstock clothing (clothes that retailers are unable to sell) completely black. According to Grogan, black clothing makes up 30 percent of all clothing sales, and this process would allow retailers to sell the transformed clothes as new items. 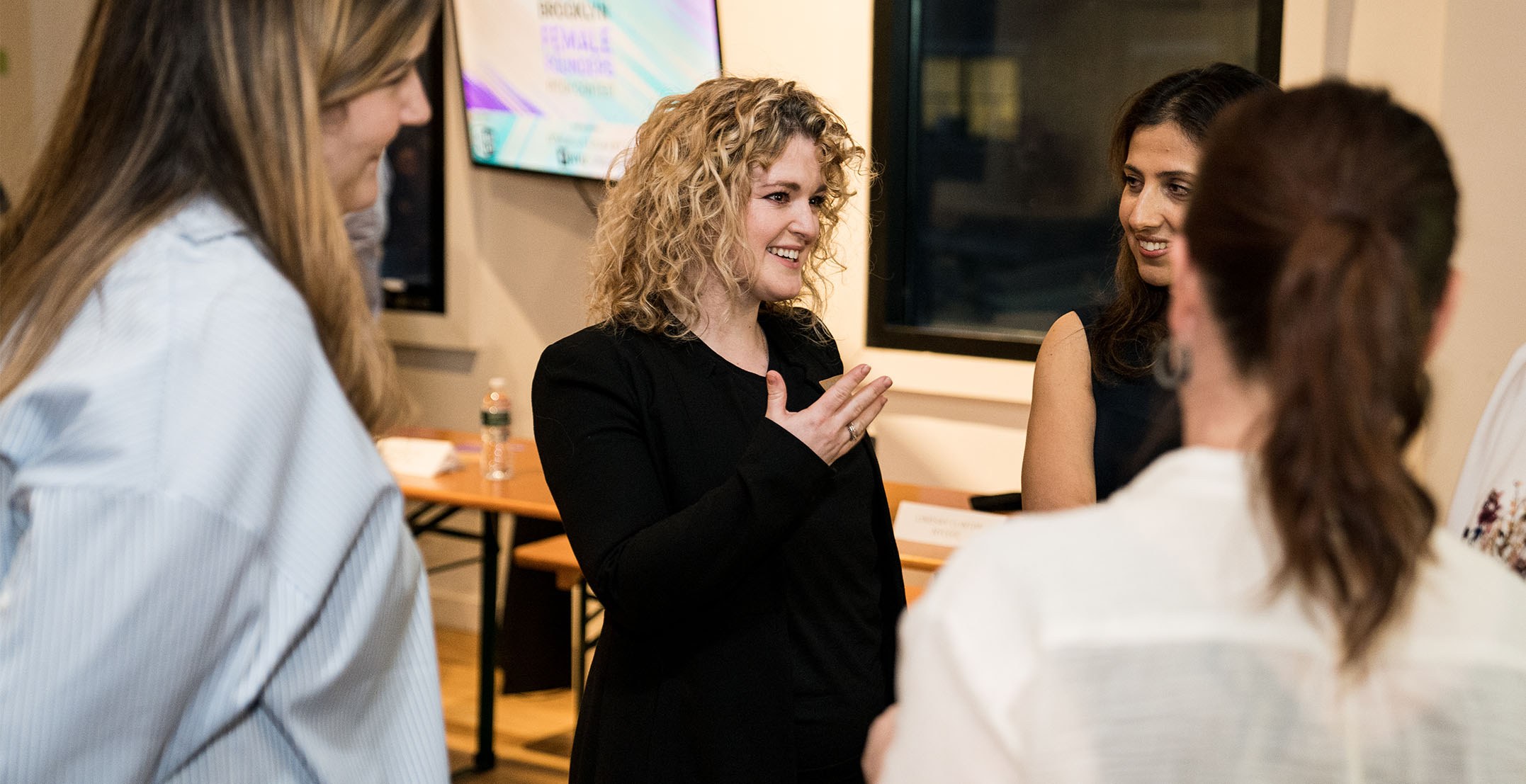 “We definitely see this as a large market and a unique idea,” said judge Liz Sisson, COO of Brooklyn tech accelerator Urban.Us. “I don’t know if any of us have seen something like this before.”

Joining Sisson on the judges’ panel were Wendy Tsu, a partner at Alloy Corp.; Jillian Williams, a venture investor at Anthemis Group; Lindsay Clinton, an executive vice president focusing on innovation at the NYCEDC; and Danielle Joseph, the founding partner at Closed Loop Ventures. 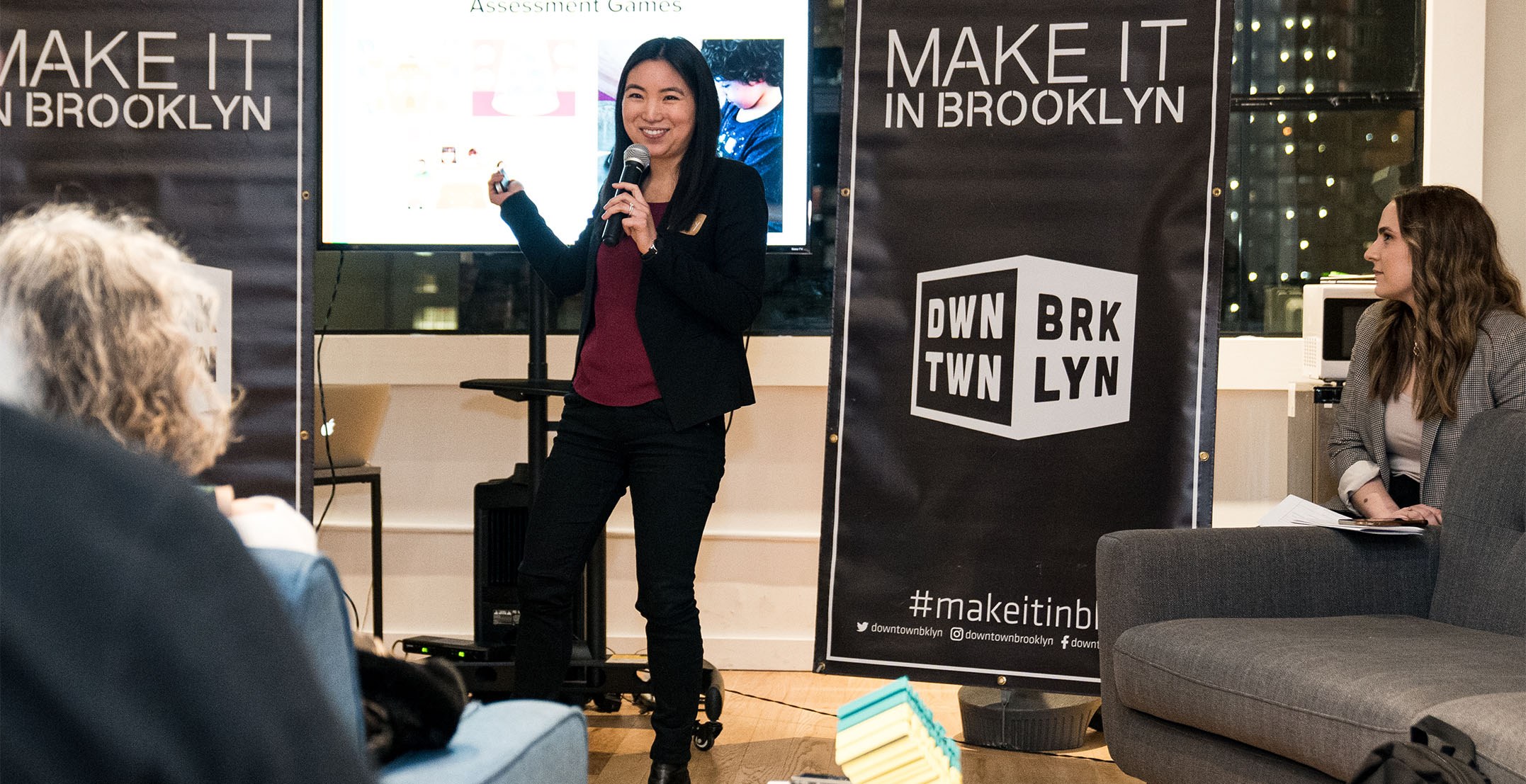 “We were blown away by the cutting-edge ideas we heard tonight,” said Regina Myer, President of the Downtown Brooklyn Partnership. “There is so much innovation happening in Brooklyn right now, and with more female-founded startups than any other city in the US, this contest is a great way to promote and highlight these entrepreneurs at the forefront of their field. All of these companies are transforming our city with their ideas, and we are excited to help them continue to thrive here.”

The sell-out audience also heard pitches from four additional contestants: Tiffany Walling McGarity’s Metapyxl is a peer-to-peer authentication software that encrypts digital media with a secure proof of ownership locked in metadata. Tammy Kwan’s Cognitive ToyBox is a platform that prepares children for school readiness by gamifying lessons. Kandice Watson’s BNDL is a tool to help busy parents get the clothes they need for their growing babies cheaper and more sustainably. Drs. Melika Farshad’s and Mandy Kouroshnia’s Practice Wheels is an Airbnb-like platform for medical offices, allowing doctors with unused time to rent their space to doctors getting a private practice off the ground. 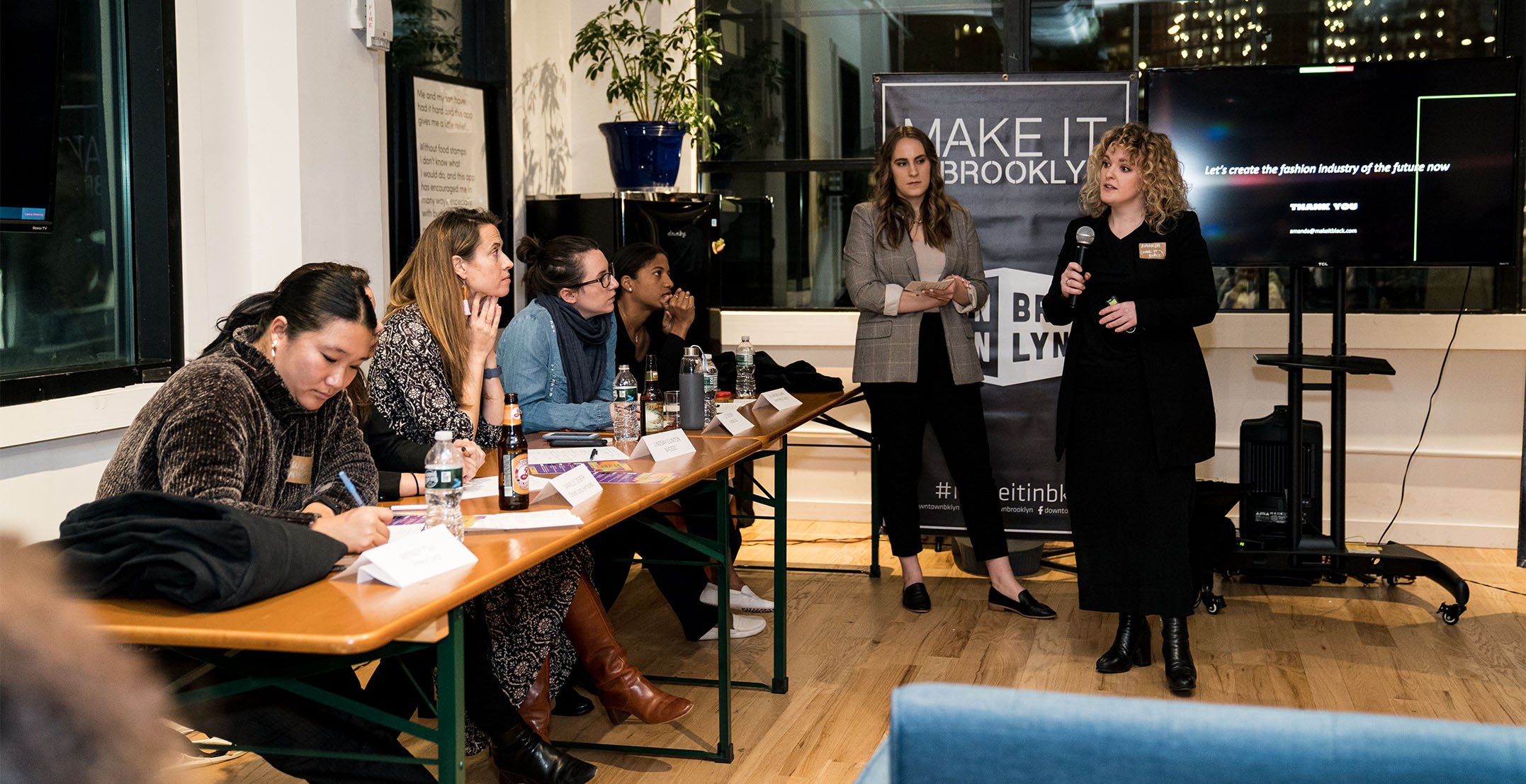 The event was held in the Downtown Brooklyn headquarters of Propel, a previous winner of a Make It in Brooklyn pitch contest, which has gone on to raise more than $20 million and have expanded to a floor at the recently renovated 397 Bridge Street. Business Insider innovation reporter Aria Bendix served as emcee, and winner of last year’s Make It in Brooklyn Female Founders pitch contest, Vanessa Siverls, of BUPeriod, was also on hand to attest to what it meant for her early startup to win the competition - and the prize money.

Grogan and Make It Black took home a $5,000 cash prize courtesy of Make It in Brooklyn sponsors NYU Tandon School of Engineering and JPMorgan Chase. EA Creative Consulting donated a free strategy consulting session for the winner, and Downtown Brooklyn’s own Makelab donated the 3D-printed trophy given to the winner.