Ekene Ijeoma’s Breathing Pavilion, presented by Downtown Brooklyn Partnership (DBP) in partnership with Van Alen Institute and Two Trees, has proven to be a hit with Brooklynites over its nine week installation at The Plaza at 300 Ashland. The work’s interactive design invokes the physical movement of the breath, and encourages the audience to breathe in tandem with the rhythm of its pulsating lights.

Breathing Pavilion: a musical series hosted and curated by DBP, launched in March with Kalia Vandever, a Brooklyn-based trombonist, composer, and educator.

Melanie Charles (pictured below) is a singer-songwriter, actress, and flutist, with a creative fluidity spanning jazz, soul, experimental, and Haitian roots music. 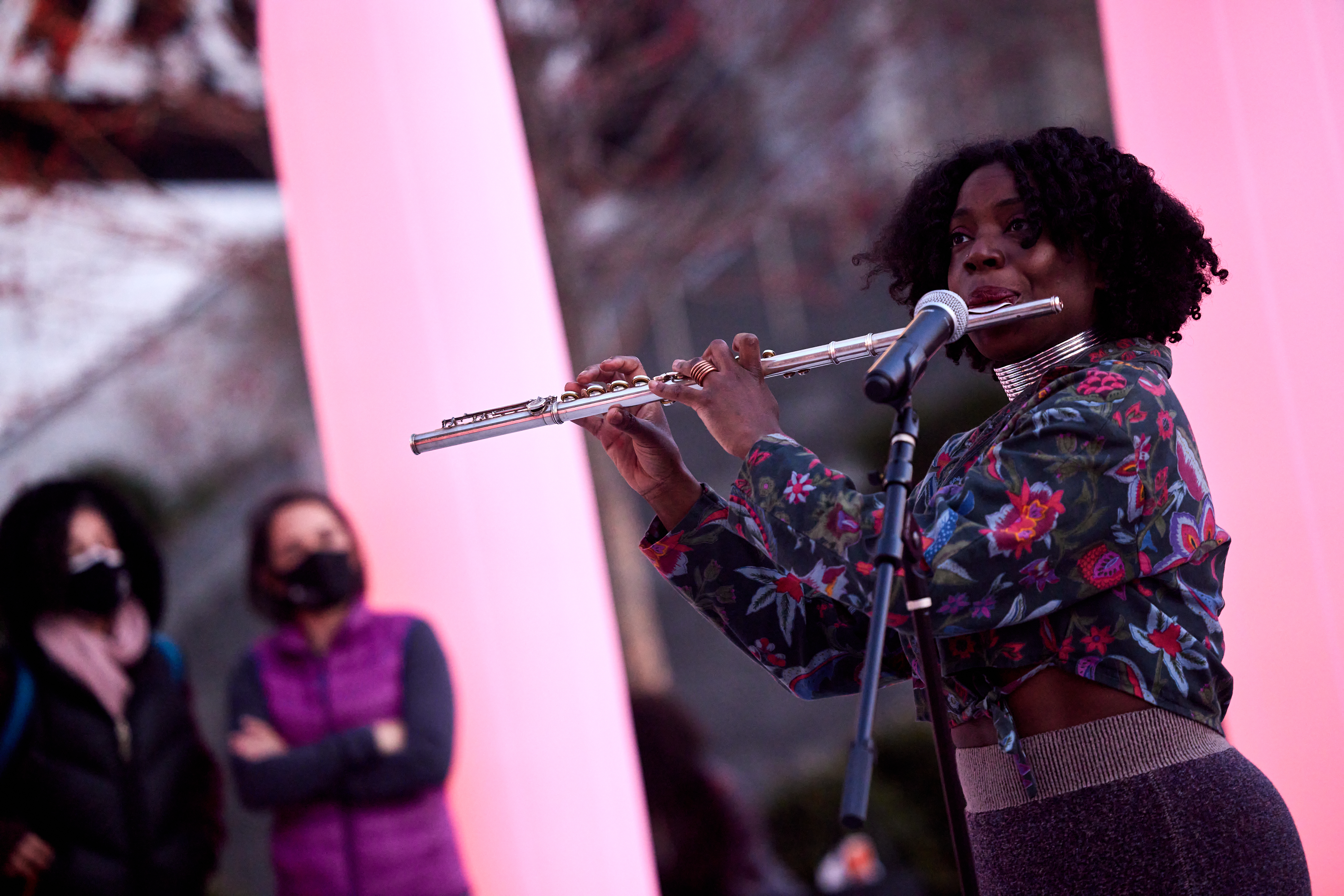 Vibraphonist-composer Joel Ross delighted the audience with his response to Breathing Pavilion. Ross (pictured below) is one of the youngest artists to receive a coveted Residency Commission from The Jazz Gallery.

The exciting musical line-up included seasoned New York artists and local musical pioneers such as Baba Donn Babatunde of The Last Poets, an iconic New York group that arose from the civil rights movement in the 1960’s. Baba Donn Babatunde encouraged audience interaction throughout his set and started off his performance with a call-and-response interaction. 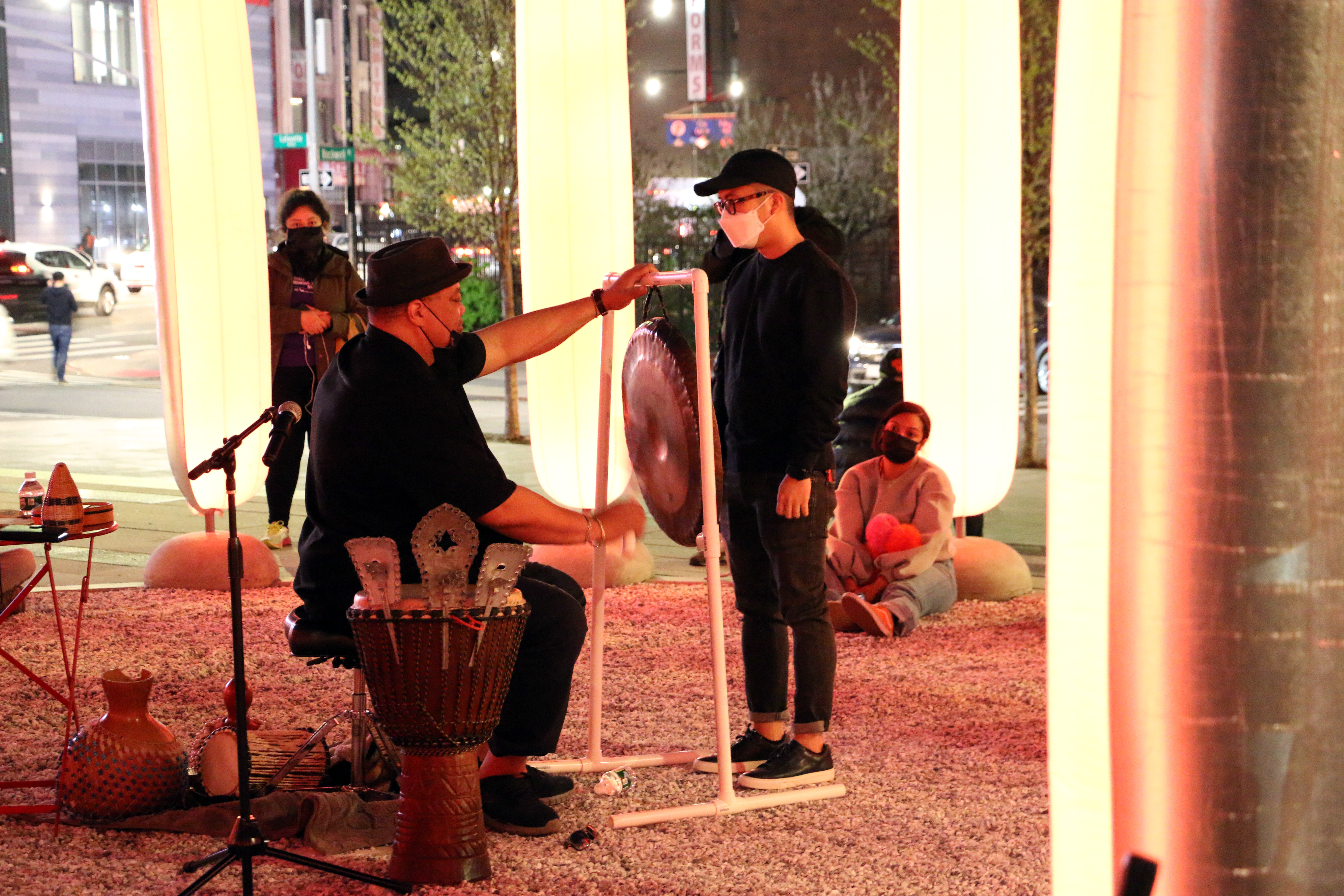 We were also treated to the sounds of master percussionist Neil Clarke. Born and raised in Bed-Stuy, Clarke has been involved with traditional African drumming and percussive arts for over half a century.

Lakecia Benjamin [pictured below], named by the Downbeat Magazine Critics’ Poll as Rising Star in 2020, delighted audiences on her saxophone.

As the penultimate act, Mr. Fitz of the Brooklyn Music School (pictured below) led a community drum circle with audience members, bringing smiles to (masked) faces.


Lastly, we were treated to special performance from GRAMMY-Award winning musician Keyon Harrold and a surprise appearance by GRAMMY-Nominated Saxophonist Marcus Strickland.

Each performer brought a different perspective to Breathing Pavilion, and to Downtown Brooklyn. We are proud to have brought such a diverse array of musicians for the neighborhood to experience at a time when the city has been emerging from a period of sorrow.