In response to the effects of the COVID-19 crisis on the NYC cultural landscape, DBP launched the Downtown Brooklyn Rehearsal Residency Initiative.

Located at the corner of Flatbush and Lafayette Avenues, The Plaza at 300 Ashland is usually programmed by DBP and Brooklyn Cultural District-based institutions with events that showcase the diverse array of neighborhood talent. In 2020 however, when indoor programming was not possible, the Downtown Brooklyn Rehearsal Residency Initiative made the Plaza available to artists and arts organizations as free outdoor rehearsal space. The program came at a time when many artists – after losing out on months of paid work – were struggling.

The Rehearsal Residency Initiative activated the Plaza up to eight hours a day during September and October. The twenty artists and organizations that participated in the program represented a wide range of arts practice, from Senegalese artist and cultural collective Babacar Top and Topdance Dance Company to the community chorus, Brooklyn Interdenominational Choir. This program was the first opportunity that many of these groups had to come together in months. Arturo O’Farrill and the Afro Latin Jazz Alliance’s orchestra, for example, had not played together since March.

Here is the complete list of artists who participated in the program, with descriptions of the new and ongoing work they developed while on the Plaza:

Arturo O’Farrill and the Afro Latin Jazz Alliance rehearsed Fandango at the Wall, the live performance component of a multi-faceted project that features material originally recorded live at the border of Tijuana and San Diego with over 50 musicians from the US, Mexico and other countries.

Artichoke Dance Company pairs dance with environmental activism. At the Plaza they completed Distanced Dance, a work based on the number six, referencing the common idea of safe socialization at six feet. 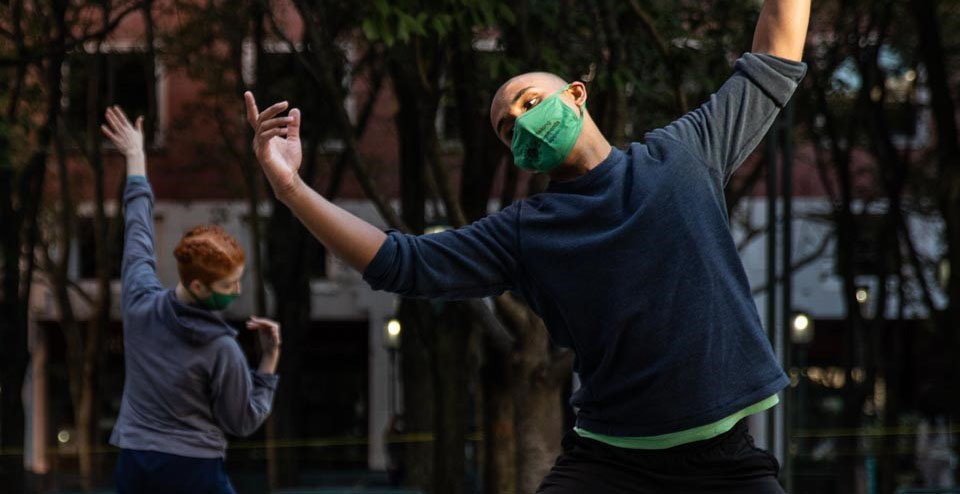 Babacar Top of Topdance Dance Company is a movement artist whose work draws from his Senegalese culture and traditions. Their new work, Talatay Nder, focuses on a journey through past and present times to uncover the uncharted territory of what is archived and ingrained in our physical, spiritual, and emotional being, and to track movements connected to revolutionary acts of resistance and joy.

Batalá New York is an all-women banda de percussão (percussion-based band) that promotes Afro-Brazilian culture and empowerment of women through high energy, visually stimulating drumming performance. They used the Plaza at 300 Ashland for their weekly rehearsals.

BodyRa Movement, Careitha Davis’ dance method, connects the mind, body, and spirit through Caribbean movement, evoking the euphoric experience of Carnival. BodyRa used the residency to rehearse a dance that was created during the pandemic for a virtual performance performed at the Black Lives Matter Mural at Restoration Plaza.

Brooklyn Interdenominational Choir is a community choir co-founded and under the direction of musician, choral director, composer, and producer Frank A. Haye, reflecting the diverse cultures and neighborhoods of Brooklyn. While on the Plaza at 300 Ashland, they rehearsed ‘Tis the Season, their holiday program, celebrating different cultures.

Brooklyn United changes lives one beat at a time. The community-based organization teaches New York City youth the musicianship and pageantry elements of the marching band. They rehearsed their repertoire weekly. 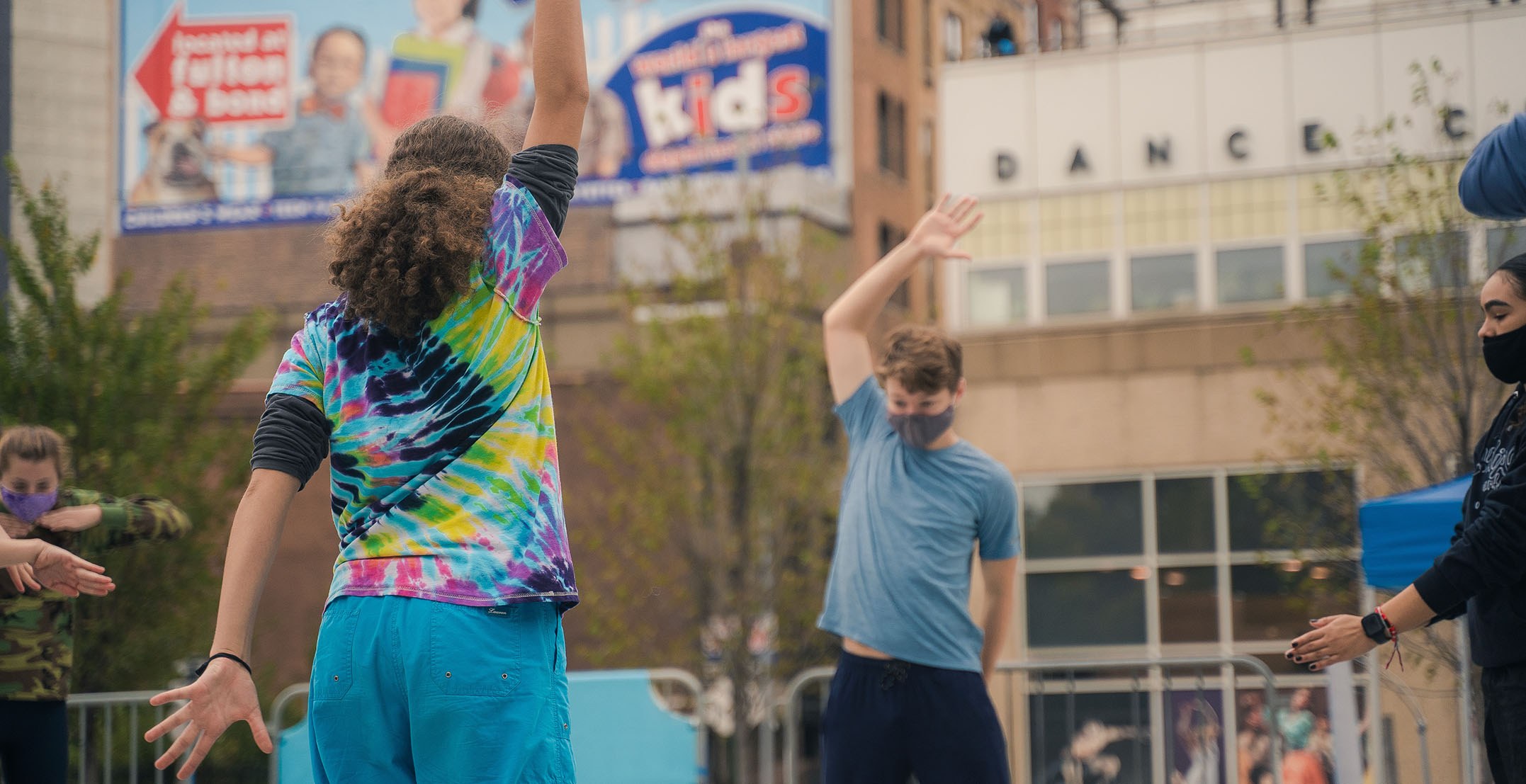 De Funes Dance is dedicated to researching the intersection of dialogue and movement in contemporary dance. During their residency, they rehearsed UU[FAZED], a contemporary dance piece that examines the effects of social distancing on our negotiation of space and patterns of movement.

Emmanuele Phuon is a dance artist based in Belgium and Brooklyn. Drawing from personal history and Cambodian traditions, their residency at 300 Ashland launched the preliminary research phase for a new project entitled We.

Head & Company is a Brooklyn dance collective that aims to provoke radical curiosity regarding the possibilities of movement by dedicating their work to the collaborative process and energizing their community through dance. During the residency they created a new community driven performance piece, Bits of Me Within You inspired by traditional line dancing that is intended for all to share and experience.

Since 1993, HERE has been one of New York’s most prolific arts organizations, producing and presenting daring, new, multidisciplinary performance experiences. The residency at 300 Ashland was a music workshop of Taylor Mac and Matt Ray’s The Hang, inspired by The Apology of Socrates and Satie’s Socrate. The work is set to premiere as part of the 2022 PROTOTYPE Festival.

Hungry March Band, a multi-piece brass, percussion, and performance ensemble celebrates over 20 years of bringing live musical spectacle to the people of New York City and beyond. They rehearsed their repertoire at The Plaza at 300 Ashland.

Iris McCloughan is a trans artist and writer. Inspired by the seminal young adult novel Flowers in the Attic, they rehearsed their dance theater interpretation, Attics, that explores the figure of the queer recluse.

Jamal Jackson Dance Company explores the connection between African and American cultures through movement. JJDC developed a new interpretation of Stravinsky’s 1913 score, Rite of Spring during their residency. In the original version, a young girl is chosen as a sacrificial victim and dances herself to death. JJDC asks two questions: why must our nation rely on the sacrifice of black bodies to survive; and would we be comfortable with a vastly different looking America if we stopped sacrificing black people in order to maintain it? 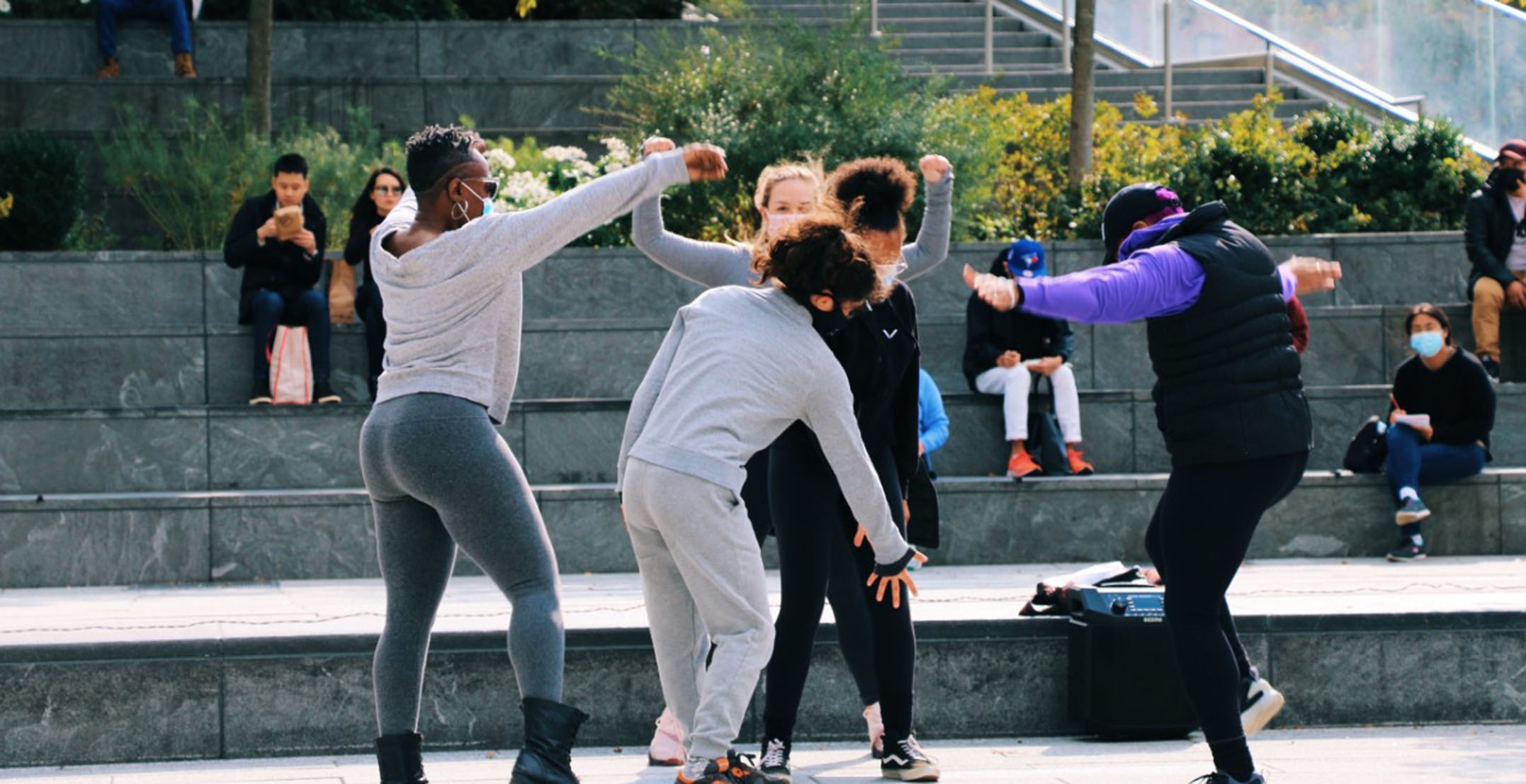 Kim Katzberg is a Brooklyn-based theater artist who merges video and live performance to create genre-bending solo works. During her residency, she rehearsed Whole K-Hole, a darkly comedic solo piece.

Marija Krtolica is a Brooklyn-based choreographer and performer. Inspired by the writing of philosopher Alain Badiou, and in partnership with performers and thinkers Julie Fotheringham and Michael Mangieri, her rehearsal project, Re-Inventing Love, explores gender relationships.

Rob & Miss Jane combine the grace and beauty of Jane’s dancing and the technical skills of Rob’s circus background with a healthy dose of rapid-fire physical comedy. They rehearsed and developed their circus production, Allez-OOPS!

ZCO/DANCEPROJECT is a physically integrated dance company based in Brooklyn. ZCODP is committed to showing audiences what dance can be and who can do it. During the residency they rehearsed What About Us, a piece that will premiere in the Spring 2021. 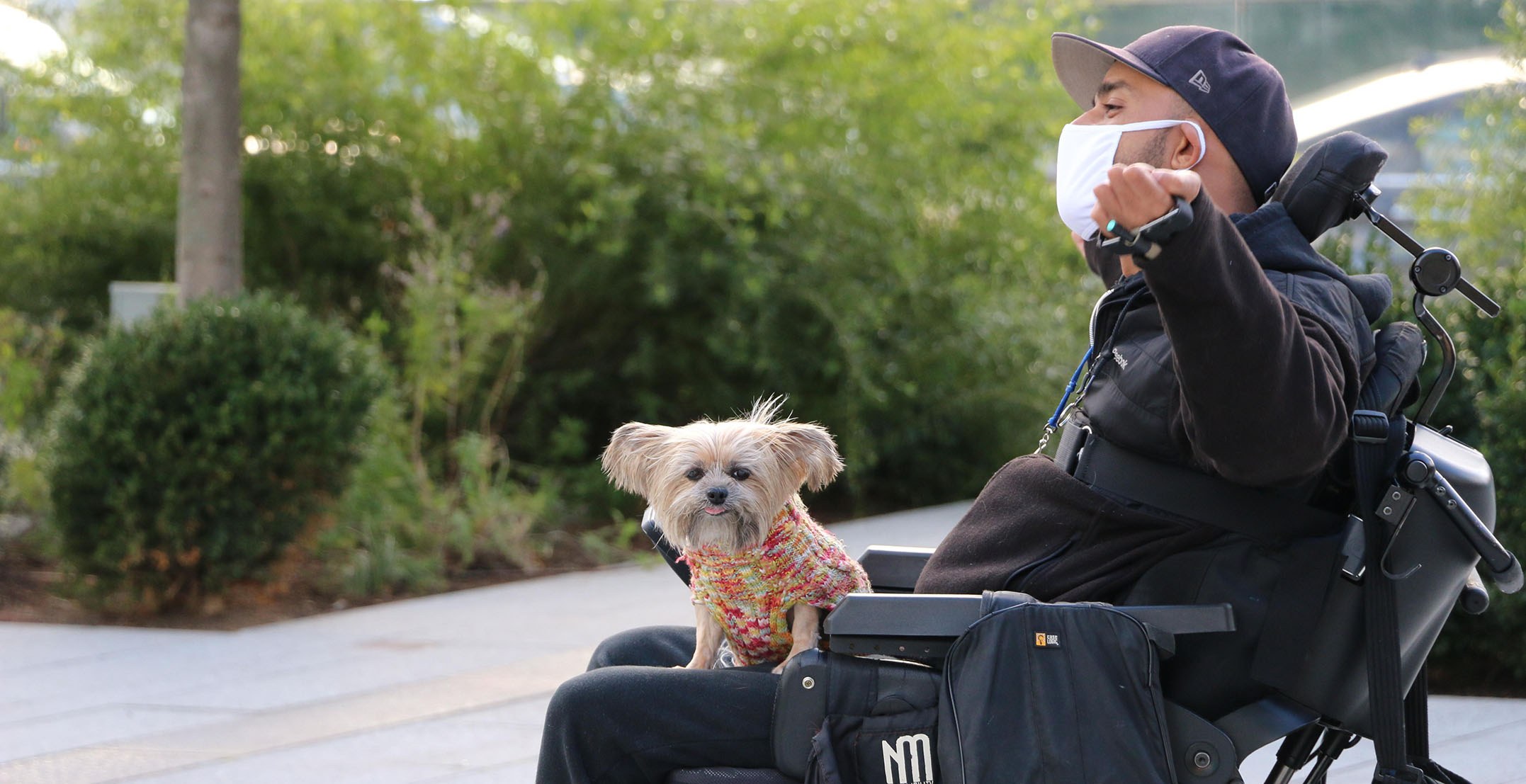 The residency was a success! We thank all the artists who participated and hope to provide a similar program in the future. Please see additional coverage in BK Reader and Brooklyn Eagle.

This initiative and ongoing cultural programming at The Plaza at 300 Ashland is made possible by support from Two Trees.