Café d’Avignon - how it all began.

One of our favorite cafes, Café d'Avignon has a fascinating origin story.

Café d’Avignon is an artisanal café and bakery founded in 1992 in Cape Cod, Massachusetts as Pain d’Avignon. Over the last 29 years, Café d’Avignon has expanded its network to seven locations, including two at City Point in Downtown Brooklyn, and supplies Michelin-star restaurants and top hotels with its award-winning bread and pastries.

It may come as a surprise to know that Café d’Avignon’s roots are in Yugoslavia, and its success is a testament to friendship and a love of the traditions of home.

Café d’Avignon’s founders — Tole Zurovac, Bane Stamenkovic, and Uliks Fehmiu — are life-long best friends who migrated to the United States to escape the Yugoslavian wars of the 1990s. Before then, Yugoslavia consisted of six republics: Serbia; Montenegro; Croatia; Bosnia; Macedonia; and Slovenia — each home to factions that could not set aside their religious differences. Eventually, these differences, amongst other nationalistic disparities, fueled Yugoslavia’s fall in 1992. Each republic became its own country, leading to the displacement of 2 million people, 2.4 million refugees, and 130,000 deaths. The three friends, each from a different Yugoslavian republic, never allowed for these differences to tear them apart.

The founders of Café d’Avignon then and now.

After arriving in the U.S. they soon became homesick - especially for the tastes of home. They channeled their longings into the creation of a new business that would pay homage to what they missed so dearly.

“We have always been in search of the pure and natural tastes of our childhood. Everything we ate was local and seasonal, coming from the farms, villages, and wheat fields just a few miles away from our homes. For us, this was never a business philosophy, it was simply who we are and where we came from.”

With their mission of providing organic, fresh and local ingredients, they became one of the leading pioneers of the artisanal bread movement.

Their baking style often resembles that of the French, and their creative nostalgia inspires them to combine the tastes of their homeland with French classics. For example, they adjusted the iconic croissant to crossover with baklava, a traditional Balkan pastry.

“In the process of creating food that we are proud of, we found our home. Our decision to enter retail in 2012 and create Café d’Avignon stemmed from our desire to form a community — to bring people together through the beauty of baking and move the magic of bread into everyday life.” 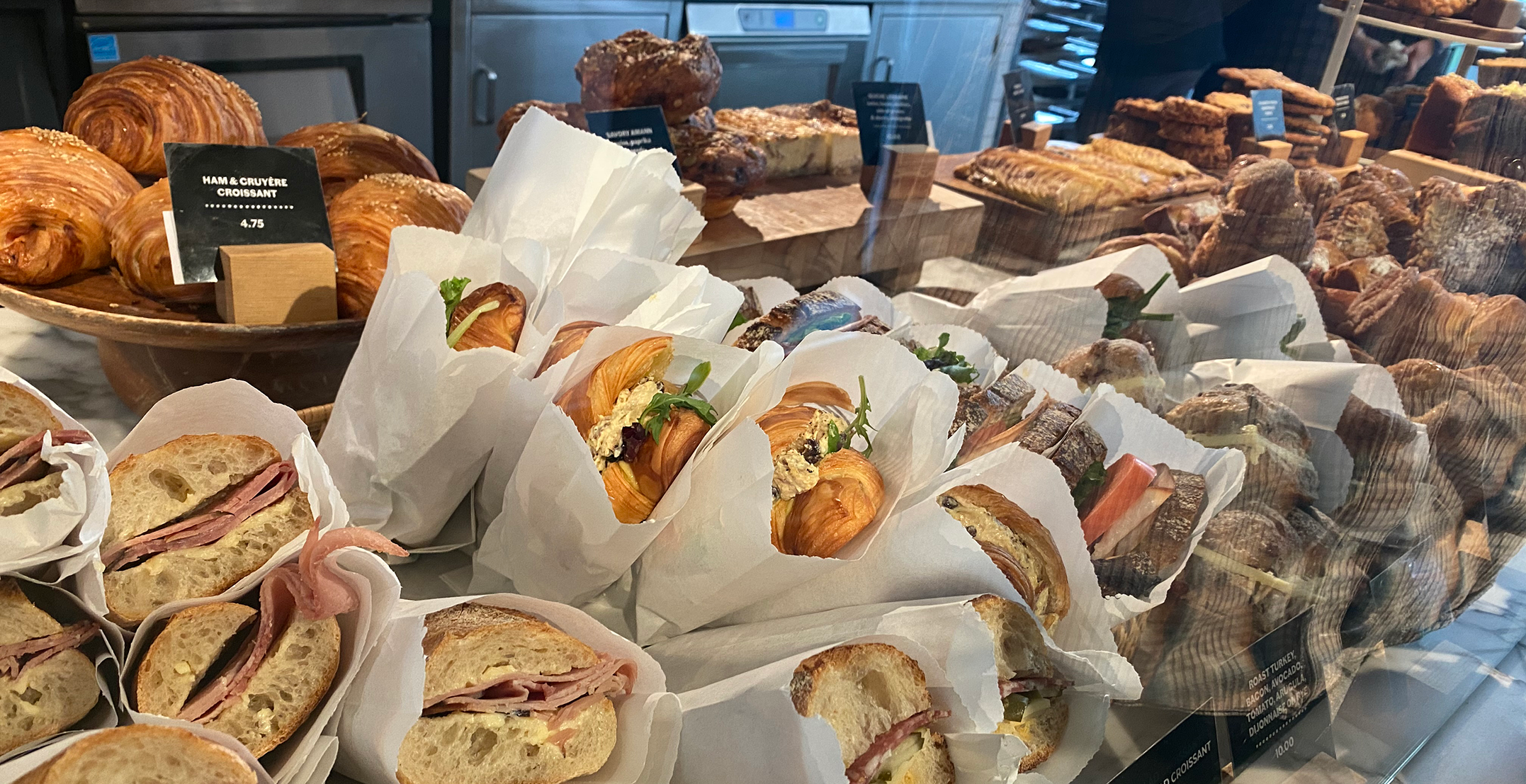 Eventually, their bakery evolved into a retail front, with several locations in New York. Downtown Brooklyn is lucky to have two Café d’Avignon spots: one downstairs in the DeKalb Market Hall, and another at the Flatbush Ave. entrance of City Point. In addition to their amazing pastries, bread, savory tarts and sandwiches, they also make fantastic coffee.

You can also check them out in the Essex Market, The Moxy in Times Square, Chelsea, East Village, and The Plaza Food Hall.