Crowds of people flooded Willoughby Street in June for hours of music, dancing, and games

For three weeks, Downtown Brooklyn opened up the streets for a flurry of fun and engaging activities and performances.

For three consecutive Wednesdays in June, Downtown Brooklyn Partnership held the Willoughby Walks series, giving the streets of Downtown back to pedestrians and creating a traffic-free oasis of fun activities, live music, and giant games for all ages! The streets were peppered with tables for people to have a meal from one of the local eateries, as well as chess, ping-pong tables, beach chairs, and a bevy of dazzling performances. Circa Brewing Co. set up an on-street beer garden to provide a place to relax and have a beer, glass of wine, or a whole meal. 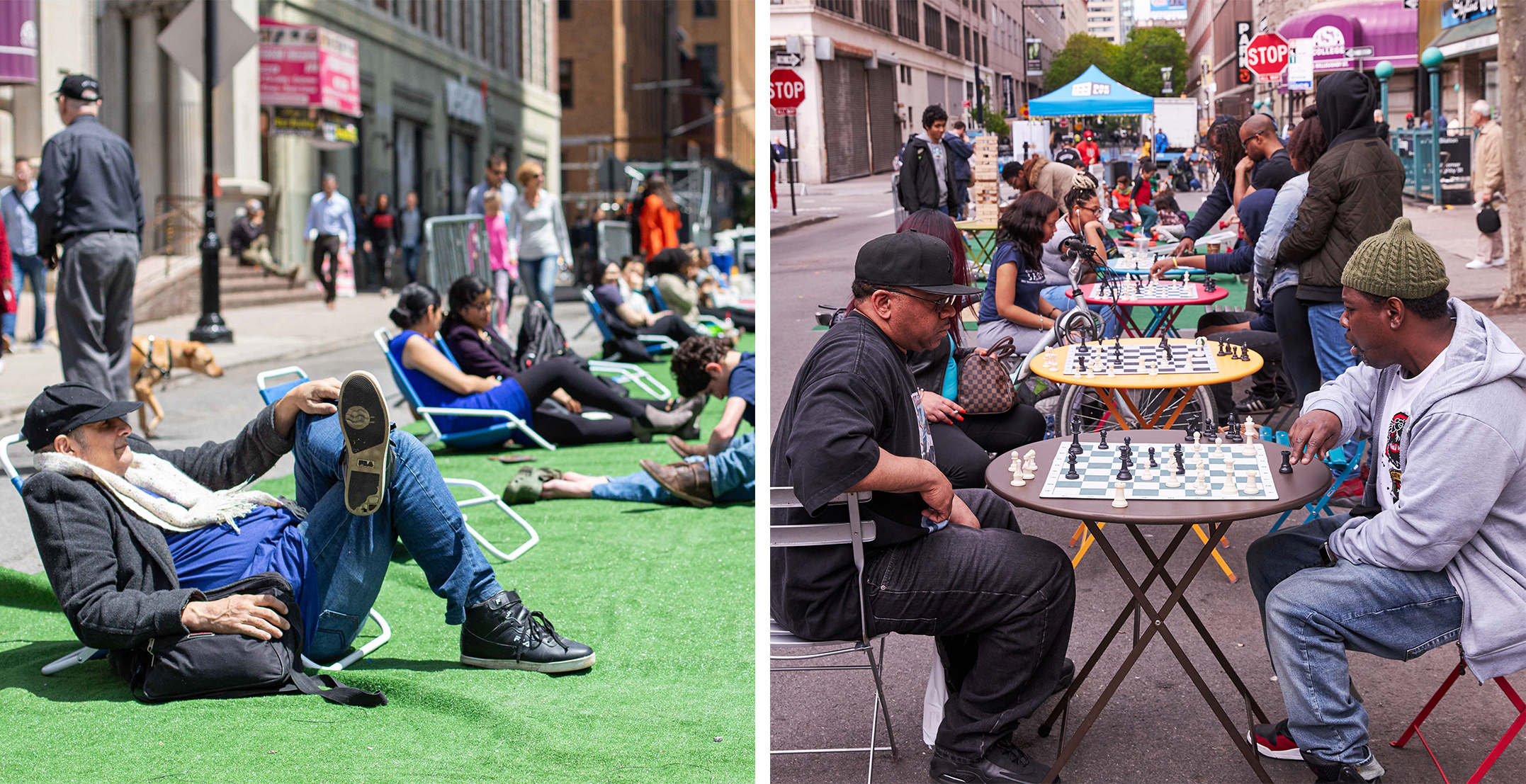 Each week featured a unique theme, starting with a vintage, “Roaring 20s” vibe inspired by New Orleans’ annual Jazz Fest. Brooklyn’s own High & Mighty Brass Band and Soul Tigers Marching Band started the show, warming up the crowd and leading a second-line parade that marched through the streets. Later, the Hot Hot Band and the Dreamland Orchestra played Prohibition-era music on trumpets, saxophones, and tubas, encouraging attendees to get down like no one was watching! 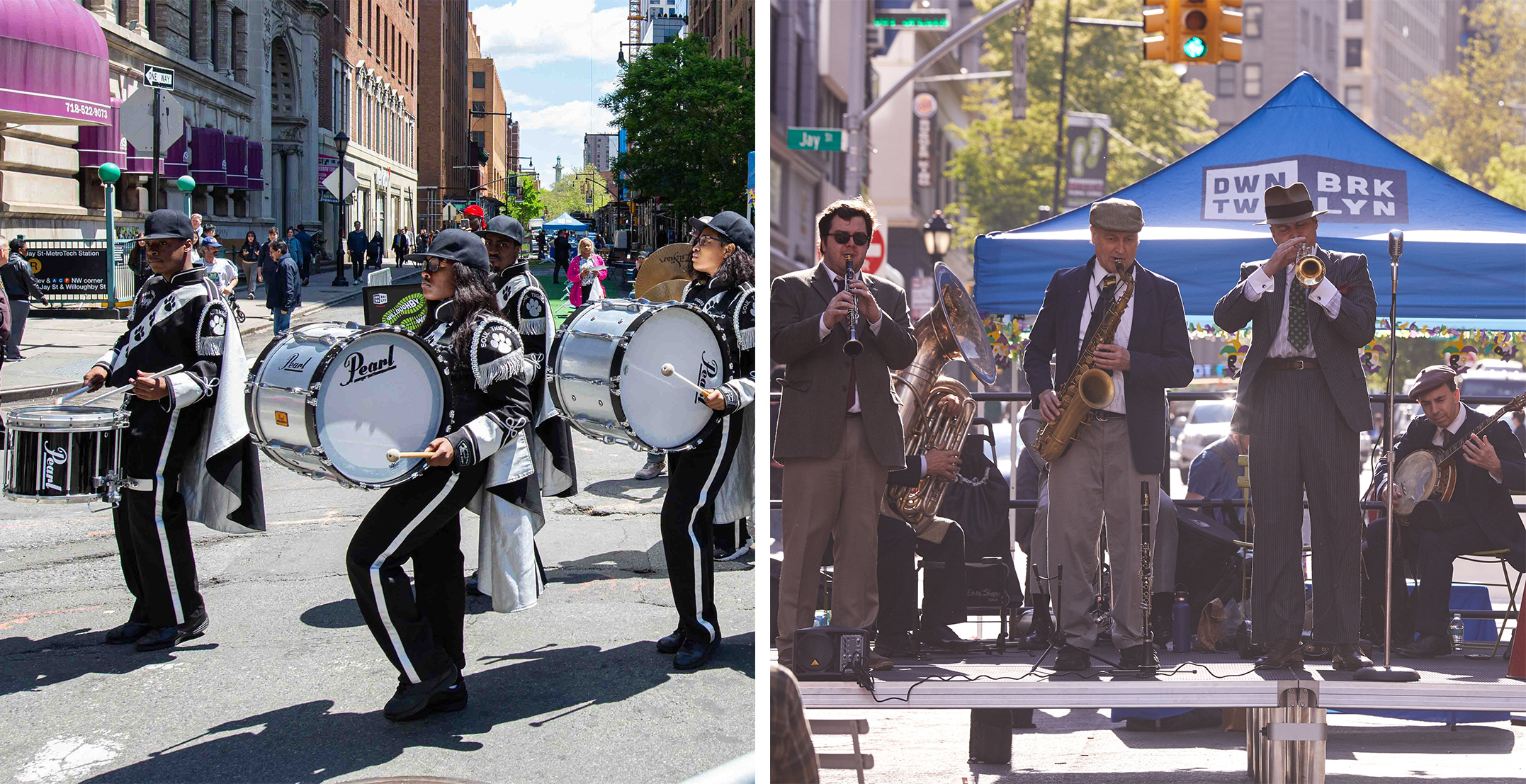 Centered on the theme of “street art,” week two was a hit with kids, who flooded the free face painting and temporary tattoos. Meanwhile, crowds watched as artist Anthony Cappetto made a 3D-illusion drawing on the street next to the colorful mural created by TapeThat, a Berlin-based artist collective that makes street art exclusively out of tape. NYPD officer-turned-DJ, DJ Ace - The Cut Lieutenant spun some beats to a crowd that was absolutely fascinated by his dual professions. Later, after an impromptu freestyle competition, a giant dance party formed at the intersection of Willoughby and Lawrence when Mobile Monday’s DJ Misbehaviour cranked up a compilation of classic hip-hop hits — all on authentic vinyl records! 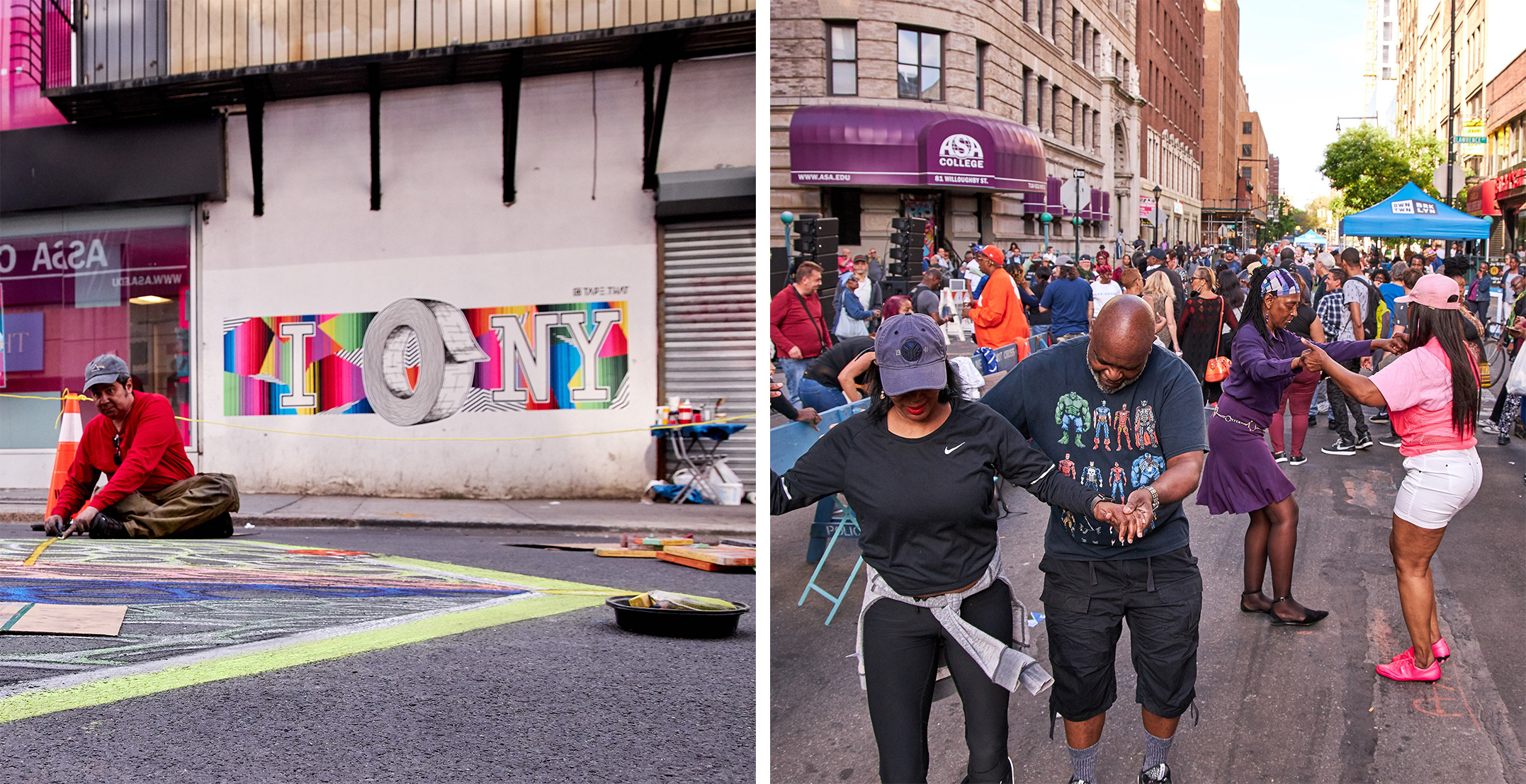 Willoughby Walks ended with “Cirque Du Willoughby”, which saw the streets transformed into a magical wonderland complete with stilt walkers, unicyclists, and acrobats. Magic Brian entertained a large crowd with quirky and humorous magic tricks, while Bubbledad’s giant swarm of bubbles mesmerized groups of children. People lined up to master the art of juggling with the Bindlestiff Family Cirkus, flailing their arms as they tried to balance bowling pins and tennis balls. The playful tone was amplified by performances by the L Train Brass Band and Hungry March Band, who played whimsical carnival music until the evening was over. 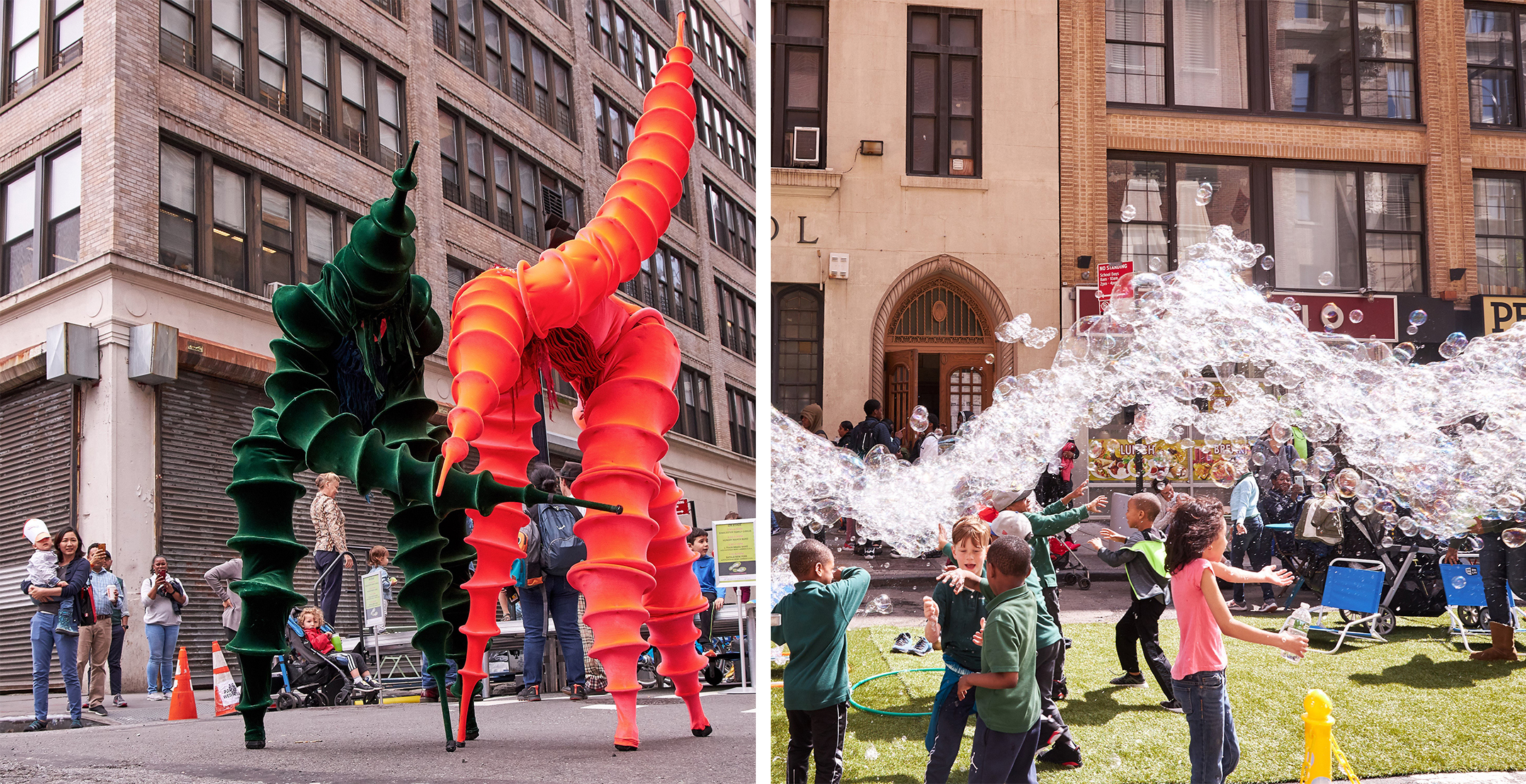 A warm thanks to everyone who came out and took back the streets with us! If you missed out, fear not - there are more fun events all summer long, which you can find here. Special thanks to partners NYC DOT and JP Morgan Chase for making Willoughby Walks possible!