With 23 employees and investors that include Serena Williams and Kevin Durant, Jimmy Chen’s startup is coming into its own.

This August, Propel founder Jimmy Chen invited the community to the company’s new office, at 397 Bridge Street, in Downtown Brooklyn. It was the company’s fifth anniversary, and it is remarkable to see how far it’s come.

We first met Chen in 2016, when the startup consisted of just a few employees. Chen was a contestant in our Make It in Brooklyn Pitch Contest for Good. Chen impressed the judges with his company’s pragmatic idea of an app with which participants in the Supplemental Nutrition Assistance Program (SNAP) that provides Electronic Benefits Transfer (EBT) debit cards which are refilled each month with funding for food, could check their account balances. A seemingly simple idea, but there was no such thing in existence, and finding out how much money one had on one’s card to buy food with was a bureaucratic slog through toll-free numbers and account information. Chen and Propel won and took home the $5,000 prize.

Fast forward to present day, and Chen has gone on to raise more than $18 million for the company from the top names in venture capital, including Andreessen Horowitz, as well as from some famous names, including Serena Williams and the rapper Nas.

A few weeks ago we caught up with Chen at the new office.

Downtown Brooklyn Partnership: Could you explain what Propel does?

Jimmy Chen: Propel builds software that helps people who get food stamp benefits to improve their financial health. The main thing we do is create an app called FreshEBT that works kind of like a mobile banking app for your EBT card.

DBP: How does it help them?

JC: There are 40 million Americans who get food stamp benefits on EBT cards and those cards look and act like a debit card you’d get from a bank. Except the only way to find out how much money you have left on the card is by calling a 1-800 number, which people tell us they call frequently. In fact, there are people who have their account numbers fully memorized because they’re so used to typing them in on the card prompt. We built FreshEBT to be the mobile banking app to replace that 1-800 number with a modern experience that allows them to check their balance in just a few seconds on their phone.

DBP: How does that work? Do you plug into an API?

JC: The technology behind the scenes plugs into these EBT portals that exist at the state level that allow EBT cardholders to check their own balance and transaction history. We really just facilitate that connection. Eeach state is responsible for producing its own way of accessing that data.

I saw an opportunity to take the skills of the companies I was previously at, companies like LinkedIn and Facebook, around consumer software and apply them to solving some of the same challenges that people using social assistance face.

DBP: That must be fun for your engineers.

JC: Well, that’s what they do. That’s what we do. We think the engineering team sometimes has to feel the complexity of the safety net to be able to build a product that offloads some of it.

DBP: How did you get into this?

JC: In 2014 I did a fellowship through the Robin Hood Foundation at Blue Ridge Labs , focused on helping people who are tech entrepreneurs identify, prototype, and start companies that address the needs of low-income Americans. Through that program, I spent a lot of time talking to SNAP participants about their experiences. I saw an opportunity to take the skills of the companies I was previously at, companies like LinkedIn and Facebook, around consumer software and apply them to solving some of the same challenges that people using social assistance face.

DBP: Did you grown up using EBT?

JC: Not personally. I grew up in a loving, supportive family that had trouble putting food on the table. But, because I didn’t become a U.S. citizen until I was 17, we technically didn’t qualify for the EBT card. I think from the way I grew up I certainly had a perspective on the different types of constraints and stresses that are placed on someone in that situation. I was fortunate enough to go to college on a full scholarship on financial need and, after working in tech in Silicon Valley, I wanted to build a company that would help people that were like my dad when I was growing up.

DBP: Did you grow up in New York?

JC: I grew up in Kansas City actually.

DBP: So what brought you to New York?

JC: I really came to New York for that Blue Ridge Labs program. I saw it online. I talked to some of the founders of the program and we were actually in the first class. It had no track record, it had no history, but I really believed in the vision of what it was promoting and it matched a lot of my personal thoughts and beliefs on what I wanted to achieve in my career. A lot of people think of tech as a toy or something to make people who are comfortable feel even more comfortable, not as a way to solve meaningful problems in society, but I think that that misses the mark and it sells short the potential of what technology can really do. 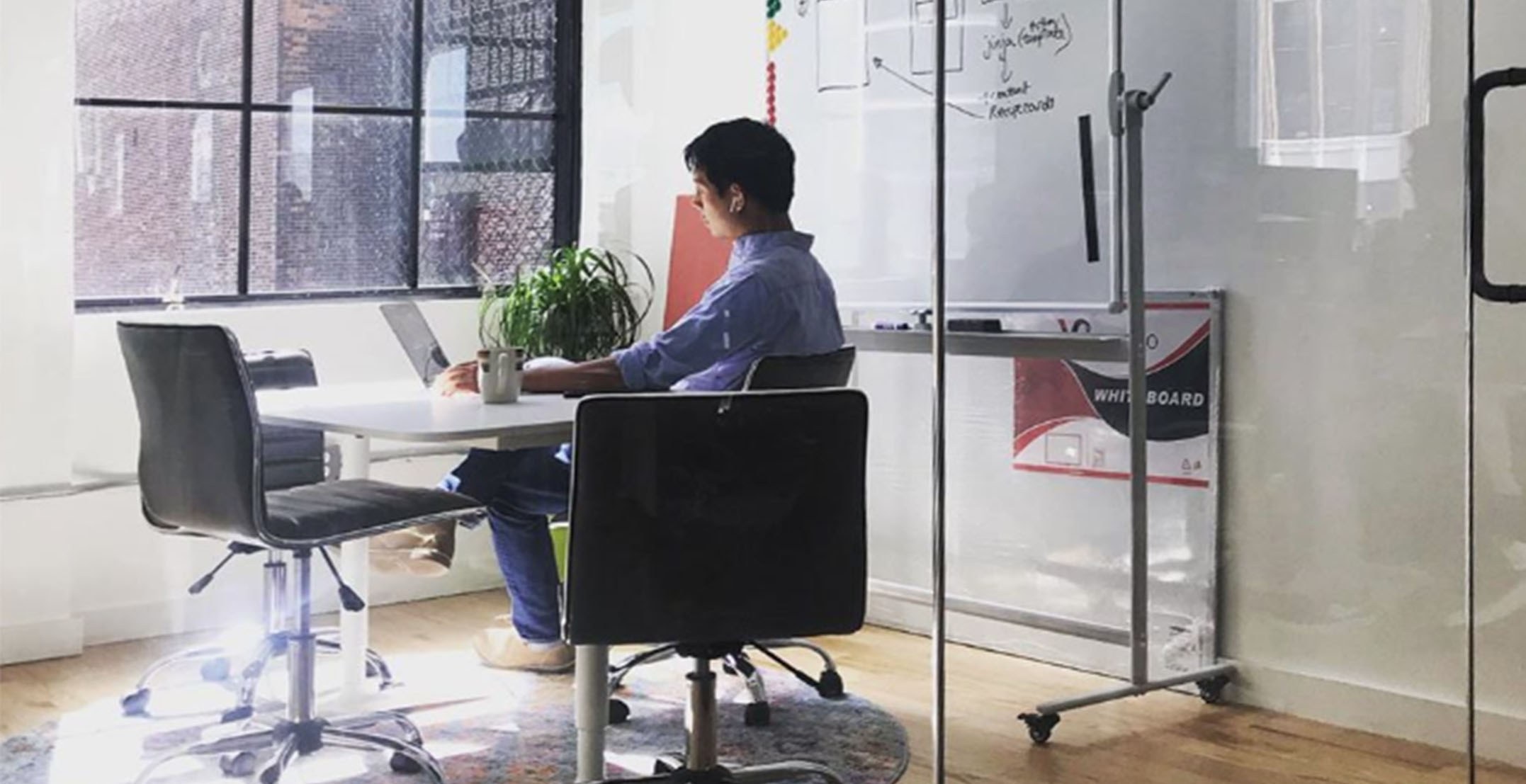 DBP: When did you make your first hire?

JC: It was towards the end of 2015 and it was after we’d won an investment from a non-profit called CFSI. It’s a non-profit that works on the financial health of low to middle income Americans and they ran a program called the Financial Solutions Lab where we were the recipients of a prize. That was a game-changer for us, it gave us the capital to make a couple key hires and build the company we have now.

DBP: At some point in there, you won another prize from the Downtown Brooklyn Partnership.

JC: That is right!

DBP: Can you tell us about that?

JC: I remember that well. To put this all in context, as an early stage entrepreneur, when you’re just getting started and your bank account is really small, a little bit of capital and a little bit of support goes a long way because you’re still in this pattern of cobbling together this small group who believe you can create this fundamentally impractical thing of starting a company from scratch that could potentially be meaningful someday. That all seems crazy at the start. So the pitch contest we did through the Downtown Brooklyn Partnership was a really fantastic opportunity for us to get to talk about what we do in front of the community as well as take home a financial prize that was quite meaningful to us, something that allowed us to have a little more flexibility.

DBP: Now, fast-forwarding several years, you guys have moved into this beautiful office at 397 Bridge. How many are you now?

JC: We are 23 now. FreshEBT is available in all 50 states and 3 territories that have the food stamp program.

Downtown Brooklyn, in particular, is a uniquely good place to run a company like Propel, that does not aspire to be the same as other tech startups, that doesn’t want to feel like we’re in a bubble where we only talk to other people who work in tech or other people who look and act and feel like us.

DBP: Between then and now you got some pretty important and impressive people to buy into your vision: Andreessen Horowitz, Nas, Kevin Durant, Serena Williams. Would you pitch to the celebrities and athletes themselves?

JC: In some cases yes, in some cases to their investment people. I pitched to Serena directly.

JC: It was an out of body experience. She’s had a very successful career and is financially extremely well-off but she grew up in Compton. She recognizes that if things had gone a different way, she very well could be figuring out how to use social safety net services. I think she feels a responsibility to use her position of privilege to make the world better for people who rely on these services.

DBP: Propel has been based in Brooklyn the entirety of the company’s life and you decided to move into this newly renovated, larger space. What made you want to stay in Brooklyn and why Downtown Brooklyn?

JC: It’s funny. When I started Propel in Brooklyn in 2014, I thought I would go back to California. All my network and friends were in the Bay Area where there are lots of investors and lots of other tech companies and all that stuff. But after you build up relationships, you have employees, if you’ve got other connections, those are not easy to transplant. Downtown Brooklyn, in particular, is a uniquely good place to run a company like Propel, that does not aspire to be the same as other tech startups, that doesn’t want to feel like we’re in a bubble where we only talk to other people who work in tech or other people who look and act and feel like us. And I think one of the benefits of being in Brooklyn and in Downtown Brooklyn in particular, is that there’s such a diversity of people, and I think that’s a constant, everyday reminder for us that we at Propel are not building software for a wealthy software engineer. 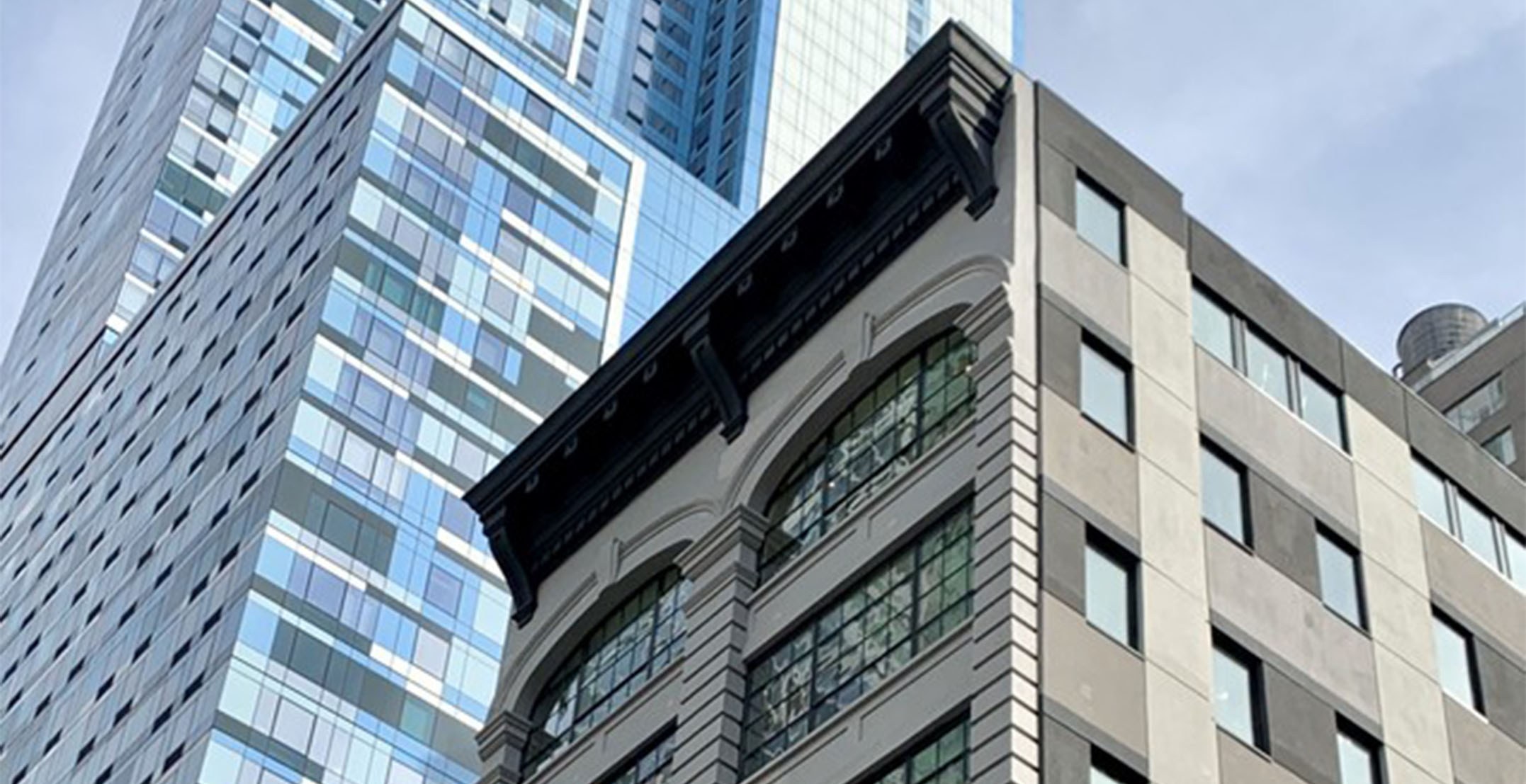 DBP: Were there any other benefits when you weighed whether to stay in Downtown Brooklyn?

JC: We weighed a lot of different things. Frankly, one of the big advantages was that we have a lot of employees who live in this area, whether that’s in Downtown Brooklyn itself or in Fort Greene or in Cobble Hill or Boerum Hill and walk to work, so I think that’s a nice cultural component for us, number one. Number two, being near all the train lines in Downtown Brooklyn is just super convenient. We have teammates who travel to do sales or other types of partnership conversations.

DBP: So what’s next for Propel?

JC: We currently serve about 2 million SNAP participants each month but there’s about 19 million households that get food stamp benefits, so there’s a long way for us to go to reach all the different people we could be serving.

DBP: How are you going to reach them?

JC: We’re going to build a better product and we’re going to do more marketing. But also, we know that this is just the tip of the iceberg, that for somebody who is getting food stamp benefits there are lots of other financial and social challenges that person faces. And so one of the questions we ask at Propel is how do we use this starting point that we have, this app that’s commonly used and trusted by this population, how do we use that starting point as a wedge towards greater financial health and towards having an impact on people’s lives.