It's an idea called "biomimicry," which is using the design of the natural world for use in tech.

For the most advanced technology, some inventors are looking to nature for design inspiration. Robots have been designed using the motion of sting rays to maneuver underwater, and reforestation efforts have looked to the way trees disseminate seeds to reproduce. Here in Brooklyn, founder Jacob Russo and his startup, NexLoop is turning to spiders and mushrooms for ideas on how to sustainably and efficiently capture and store water in cities. We talked to Russo to help explain how, exactly, “biomimicry” can be used in technology.

Downtown Brooklyn Partnership: Can you explain the idea of what you’re working on?

Jacob Russo: Sure, so NexLoop is building a biomimetic system focused on capturing fog and rain and moisture out of the air for use in urban agriculture. We implement 3.8 billion years of testing and iterating to stack solutions that are not only sustainable, but regenerative.

DBP: How does it work?

JR: We’re developing a few strategies and units right now with different systems for capturing water. Similar to how a spider web captures water out of the air and moves it, we’re looking to implement something like that for buildings.

JR: I went to Carnegie Mellon for architecture and had a class on biomimicry. After graduation, BiomimicryNYC got me involved with meeting people here in the city. I was doing a bunch of architecture competitions, which is a big part of the industry, and I came across one that included biomimicry and food systems. I built a team around that project and we ended up winning a competition in 2017.

That was the first phase of NexLoop. We had an idea for a window unit that captures water from the outside and uses it for indoor plants. We developed that idea into a business model and prototype and moved to the idea of modules on the outside of a building that work like a greenhouse. They integrate some principles from the common iceplant, a desert succulent that has some bladder cells on its surface and is a good example of a water system and infrastructure that are decentralized. I was interested in how you can build resiliency in cities.

“There’s a lot of growth in the AgTech industry here, with rooftop farming and indoor farming.”

DBP: Where are you based?

JR: We’re in Brooklyn, working in co-working labs and AgTechX, a kind of co-lab space in Bushwick. We work out of there part-time. It’s nice. There’s other startups working in the AgTech space and we’ve been able to build a network and form some relationships.

DBP: Why did you choose to be in Brooklyn?

JR: I’m from New York City and my teammates are in Brooklyn. We have some consulting members in Germany and also on the West Coast, where there are water shortages. We’re very interested in having multiple stakeholders and multiple hubs, but there’s a lot of growth in the AgTech industry here, with rooftop farming and indoor farming. 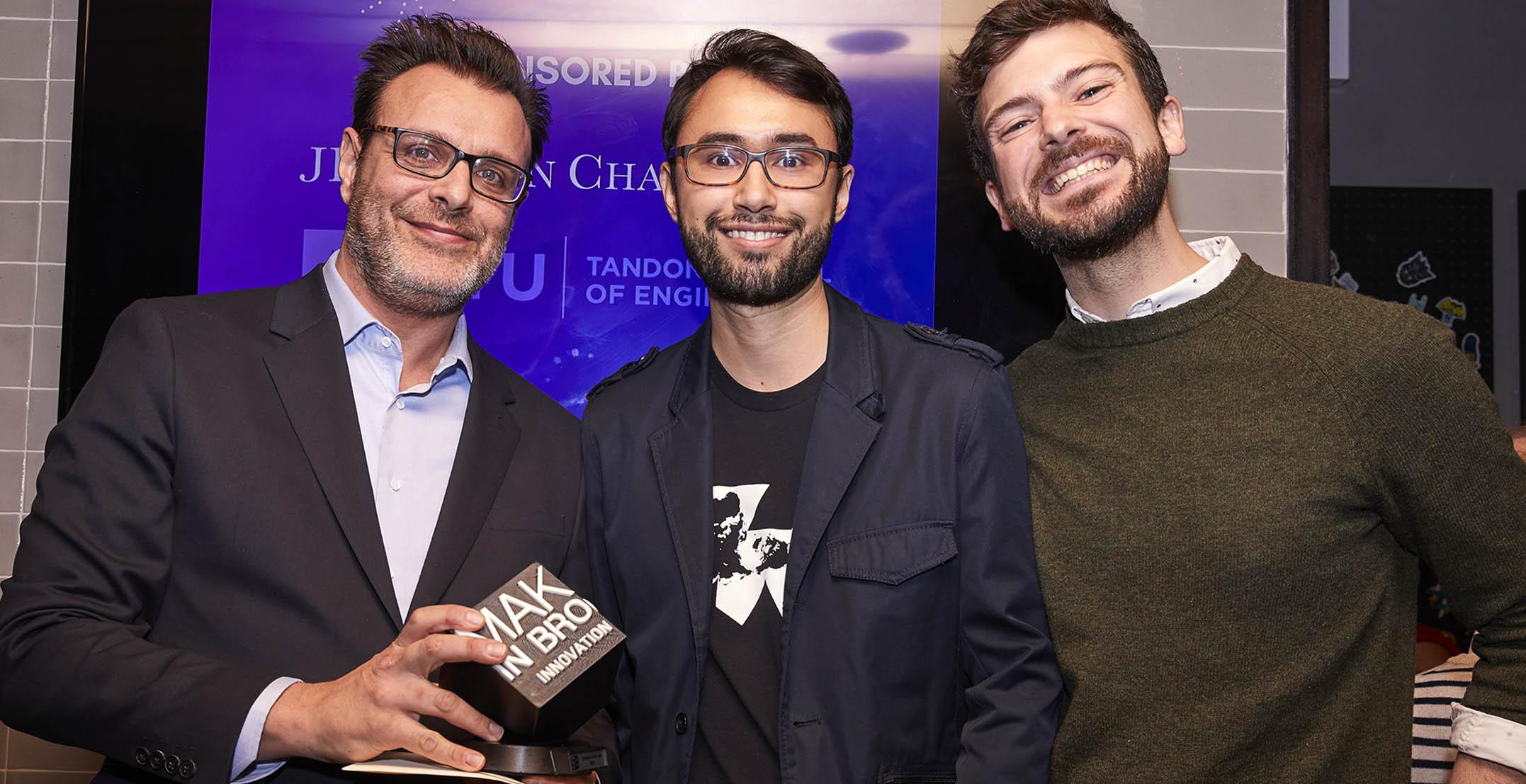 In December, Nexloop won Innovator of the Year at our Make It in Brooklyn Innovation Awards. If you’re interested in finding out more about NexLoop, check out its website here.

The lighthouse wants to help you figure out your career