How cofounder Nick Chen intends to save journalism

Word came last week that Brooklyn-based Pico had raised $4.5 million in a seed round. We ventured over to WeWork Dumbo Heights to find out more from co-founder Nick Chen about the company with the goal of saving the journalism industry.

Downtown Brooklyn Partnership: Want to tell us about yourself?

Nick Chen: I am, sadly, not a Brooklyn native. I am a San Francisco native. Jason Bade, my cofounder and I met in elementary school. I’ve only ever worked at startups and I thought I was going to spend my whole life in San Francisco. And then something happened, which was we realized there was a huge opportunity in media, in journalism. My sister is a correspondent for CNN, and I really knew nothing about media and journalism outside what she had told me but it didn’t take much to understand that something was wrong. And as designers, Jason and I knew that means there’s something to fix.

It didn’t take much to understand that something was wrong [with journalism]. And as designers, we knew that means there’s something to fix.

DBP: There’s definitely something to fix.

NC: There were two trends that we saw in 2016. One was that there were more consumers than ever reading, watching, and listening to more content than ever. The other was that the advertising revenue of that content was going less and less to publications and more and more to Google and Facebook, which have reoriented the advertising economy. It doesn’t take long to see that, oh boy, something bad is going to happen. We explored a lot of different ideas and realized that there will be many different business models for media besides ads, such as subscriptions, events, even ecommerce. But the media business in the digital age has been for the most part built to maximize traffic. So we set out to build software that makes it easy for media companies to build relationships with their readers and to monetize the quality of their audience rather than the quantity. What we ended up with is a version of Salesforce or Square that’s really easy to use for media companies. 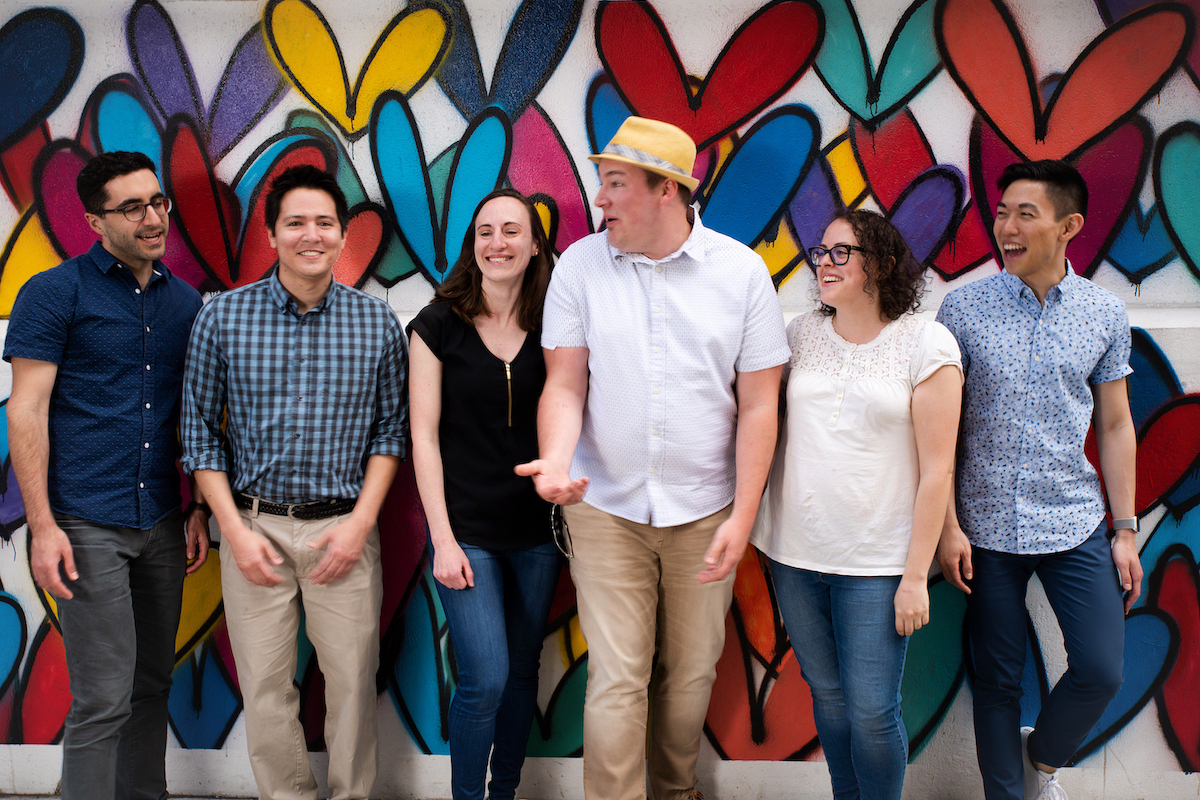 DBP: So Pico is sort of like Shopify for publications?

NC: We’ve heard that a lot. I think that’s a good example because Shopify is so vertically integrated. These sites could get millions of hits a month, that’s now millions of sales leads. How do you do that at scale? So we constantly update metadata about a lead: what do they like reading, etc.? What’s really great about this approach is we’re taking some of the data practices of the AdTech world but we’re removing all the dirty stuff, where you have third parties tracking you around the web from site to site.

DBP: So how does that help a publication make money?

NC: Better information. For a publication looking to do memberships or subscriptions, they need to understand who their hottest leads are. You’ve got to find the next best prospects. If a CRM (customer relationship management) system can tell you, “hey, these people exhibit similar trends to those who have already subscribed, but they’re not yet subscribers,” then maybe you should offer a discount to them. This kind of data really lets you make better business decisions.

Culturally, one of the reasons we wanted to leave San Francisco is it was becoming a mono-culture. Everyone was in tech. In Brooklyn, we like being surrounded by design agencies, it’s a very creative space.

DBP: It’s just a week after you raised $4.5 million. How does that feel? Is it a relief? Is it exciting? Is it just another day in the life?

NC: We did take a moment to reflect on how momentous this is for our team, for our company. So it’s not just another day. For sure, there’s relief. As CEO, I’ve done a good deal of the fundraising. It’s difficult to focus on all the other things you think about when you’re running a company, hiring, product development, etc. when you’re out and about raising money. So it’s a huge relief that I’m now able to think about those other things.

DBP: How many are you?

NC: Right now our team is six. We’re looking to double that in the next year. We care a lot about team culture and maintaining the diversity that we already have, so it’s really important to maintain that as we grow.

DBP: How did you end up in Brooklyn?

NC: Ah! Yes! Right! That was part of the story. So, we started this company in San Francisco and it didn’t take long to find out there aren’t a lot of media people in San Francisco. I think most investors at the time just saw media as AdTech and they saw AdTech as dead. We made a couple of business trips out here to New York and were just blown away on multiple fronts. It was so much easier to meet with people in our industry, and on a personal level, our cofounder and I fell in love with the city. It feels like a city that can keep up with our pace. 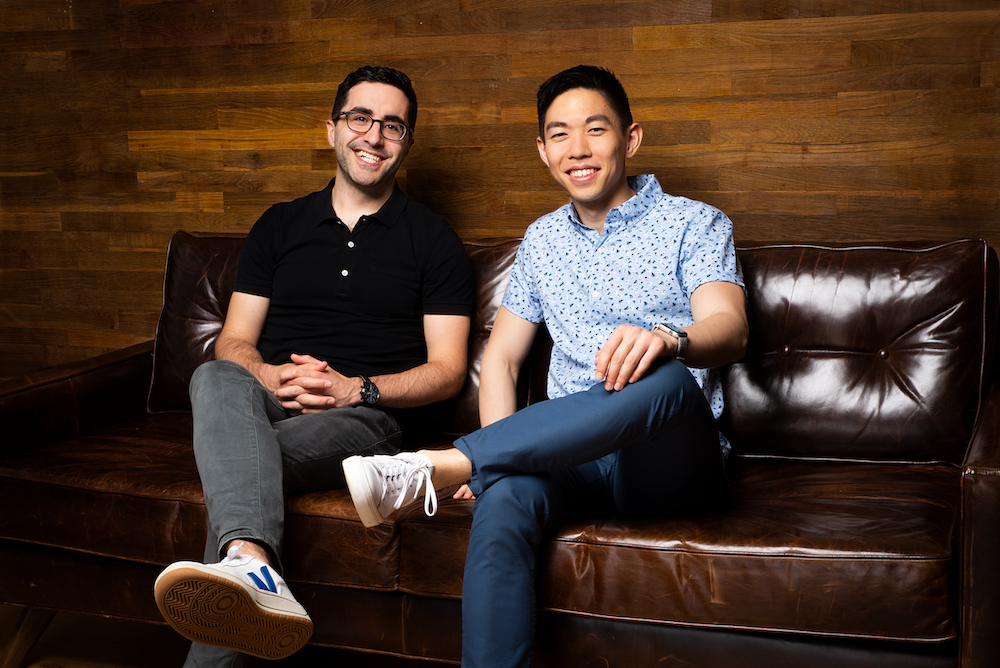 DBP: Had you raised prior?

NC: We’ve been raising since 2016. It’s just that we’ve been raising a little here a little there. In late 2016 we were ready to hire our first employees and it just so happened that the Hillary campaign was headquartered in Brooklyn. We had some connections there and were able to find some really great talent on the Hillary team.

DBP: And is that why you chose Brooklyn over Manhattan?

NC: Partially, and also we heard all the cool kids live in Brooklyn.

DBP: How do you get to and from work?

NC: The F. It’s really miraculous. I had never set foot in Brooklyn before. I had only done touristy things in Manhattan. We said “okay, let’s move to Brooklyn.” We picked headquarters for the company sight unseen, all done via FaceTime and Google Maps. We knew close to nothing about this city, and we really lucked out. We’ve been in this office now for two and a half years, and have no plans on moving.

DBP: And you’ve even taken a bigger office?

NC: Yeah, so after suffering through some interior offices with no natural light, we finally gave ourselves a corner office with views of the Manhattan Bridge, the Brooklyn Bridge.

On a personal level, our cofounder and I fell in love with the city. It feels like a city that can keep up with our pace.

DBP: Do you think there’s any tradeoffs being based in Brooklyn as opposed to Manhattan?

NC: None at all. No. It hasn’t been a problem for us at all. We find it to be very convenient. It’s only now after the seed round that we have people coming to us. It’s unfortunate how that works but you just have to build up your credibility over time. I think folks in Manhattan love having a little adventure to Brooklyn, even though they really only went one stop past the river.

At the end of the day it’s about the company and the team and whether your product is compelling. And if it is compelling enough, I think people will come from all places to be a part of the team.

NC: It hasn’t affected us one bit. We like the differentiation. We like being away from the tech crowd in Meatpacking and Flatiron. Culturally, one of the reasons we wanted to leave San Francisco even though we grew up there, is it was becoming very much a monoculture. Everyone was in tech. You’re not just a lawyer, you’re a tech lawyer. I think there are certain pockets in Manhattan that can feel that way, but we really do like the space here, it’s a very creative space.

DBP: So what’s the plan for the next year?

NC: We have such a clear vision of where things are going and what our customers want. We know all the notes to hit. We just need singers. So right now my top priority is to hire. It’s to grow the team. So we’re looking for talented engineers.

Will Pico turn the flagging journalism industry around? Time will tell. But they do not lack for effort and enthusiasm in the meantime. We’ll be following along with their story, and will keep you up to date on any newsworthy developments.