The world of college athletics recruiting, it seems, is much more complicated than you might think. That’s the problem SportsRecruits, a company nestled in the 8th floor of 15 MetroTech, is trying to solve. When we arrived at the office recently to meet with the cofounder and CEO, Matt Wheeler, it felt like we were walking into a different world. The office has orange walls, very high ceilings, a ping-pong table by the entrance, and roughly 50 mostly young employees working on laptops from tables and couches.

SportsRecruits has come a long way since Wheeler and cofounder Chris Meade started it ten years ago, with little in the way of infrastructure or funding. At the office, much of the staff was participating in a live webinar on the process of college athletics recruitment. More than 1,500 students around the country were logged on to it. Wheeler took us to an alcove of the office, from which we could see down Flatbush Avenue Extension and the expanse of Brooklyn beyond it.

Downtown Brooklyn Partnership: You’re doing a webinar right now, and you have 1,500 people watching it?

Matt Wheeler: Yeah, you have these families who have never gone through this process before and it’s a complicated process. For a regular student, you start high school as an awkward freshman, you get to junior year, you take the SATs, and there’s this pretty organized process that the guidance department at your school can walk you through. When you’re a student athlete, a wrench gets thrown into it. It’s a very awkward time for those families because if you wait until you’re a junior, it’s too late. The traditional support inside of schools isn’t built to deal with the student athlete. 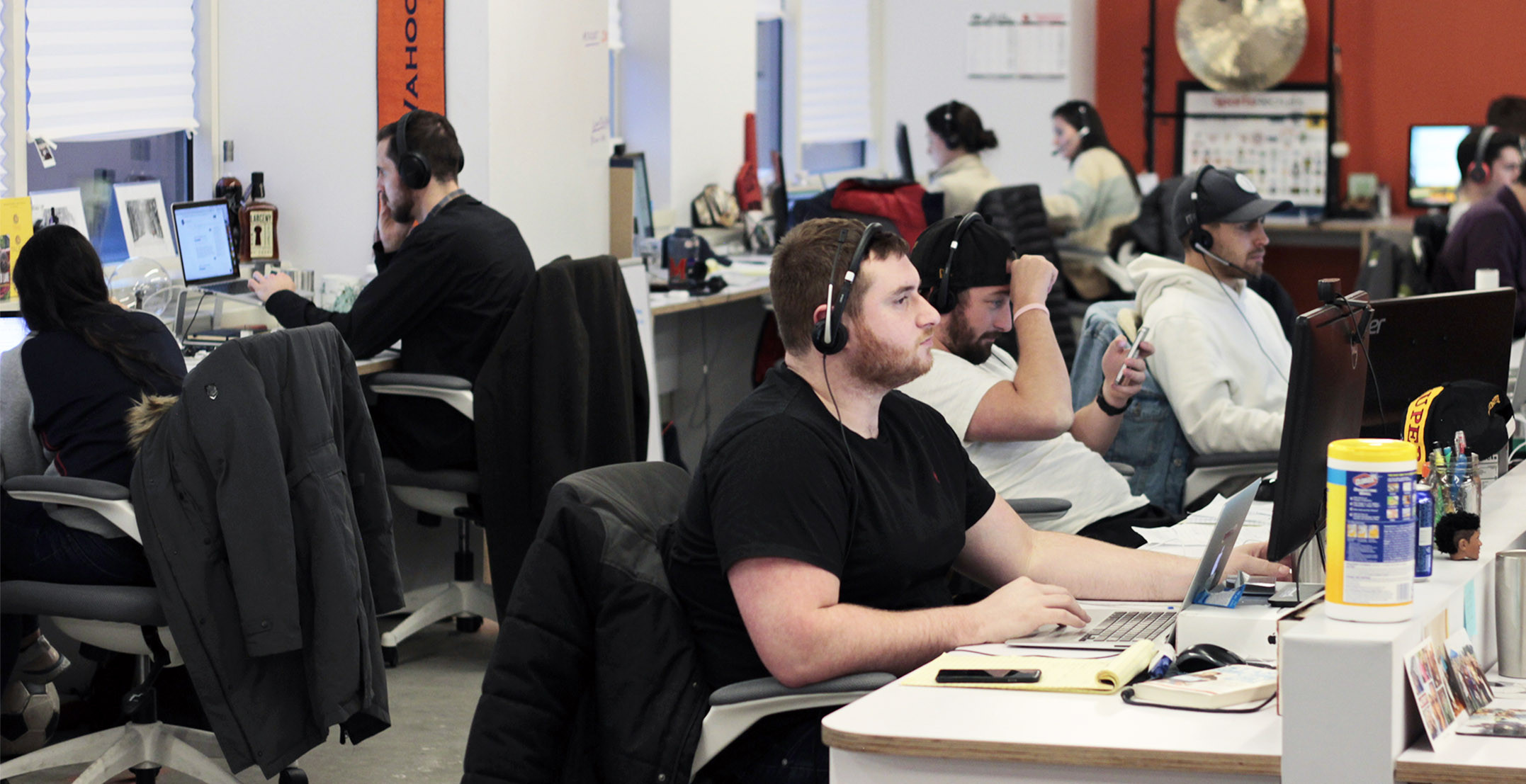 DBP: Okay, what is SportsRecruits?

MW: SportsRecruits is a platform that high school athletes use to market themselves to college coaches. So the comp we like to use is LinkedIn. If someone were looking to hire you on LinkedIn, they could go and look at your background, see who you’re connected to, etc. We’ve kind of flipped that process a little bit, where you can not only have all your video and your grades in your profile, but you can also communicate with your dream school. It also has a search functionality, where you can put in “I want to go to school up to 100 miles away, I want to be a nursing major, I want the school to be less than 10,000 students, and I want it to be Division 1,” and it’ll give you a bunch of results. That search functionality means that just because you’re from Texas doesn’t mean you need to go to school 100 miles from home. There’s a whole universe of schools out there.

DBP: You were a college lacrosse player. Is that how you got into this?

MW: My business partner Chris and I both played at Wesleyan, in Connecticut. We both worked traditional post-college finance jobs where we had to tuck our shirts in and shave and all that. In 2008, when traditionally we would’ve gone to business school and taken those tests and doing what 24-year-olds would do, this idea kind of popped in. It was kind of an interesting time in the world, with the economy where it was and you also had technology creeping into our world more, with Facebook, with the iPhone having just been invented.

DBP: When you guys started, what were you doing, where were you?

MW: We moved into my parents’ house in Connecticut and set up shop in the basement. We had the ping pong table, which seemed like a logical place to set up because we had plenty of surface area and could spread out papers and so forth about how we were gonna take over the world. We started with just the sport we knew, so it was Lacrosserecruits.com. That’s something I tell founders: we knew lacrosse, so we could just focus on one little part of the whole universe and by just focusing on that we were able to go really deep. If we tried to launch all sports at once, you might’ve thought we’d have a bigger customer base, but we would’ve made no headway. We launched volleyball in 2011 and in 2014 we launched soccer and it took us six, seven years to roll everything up. 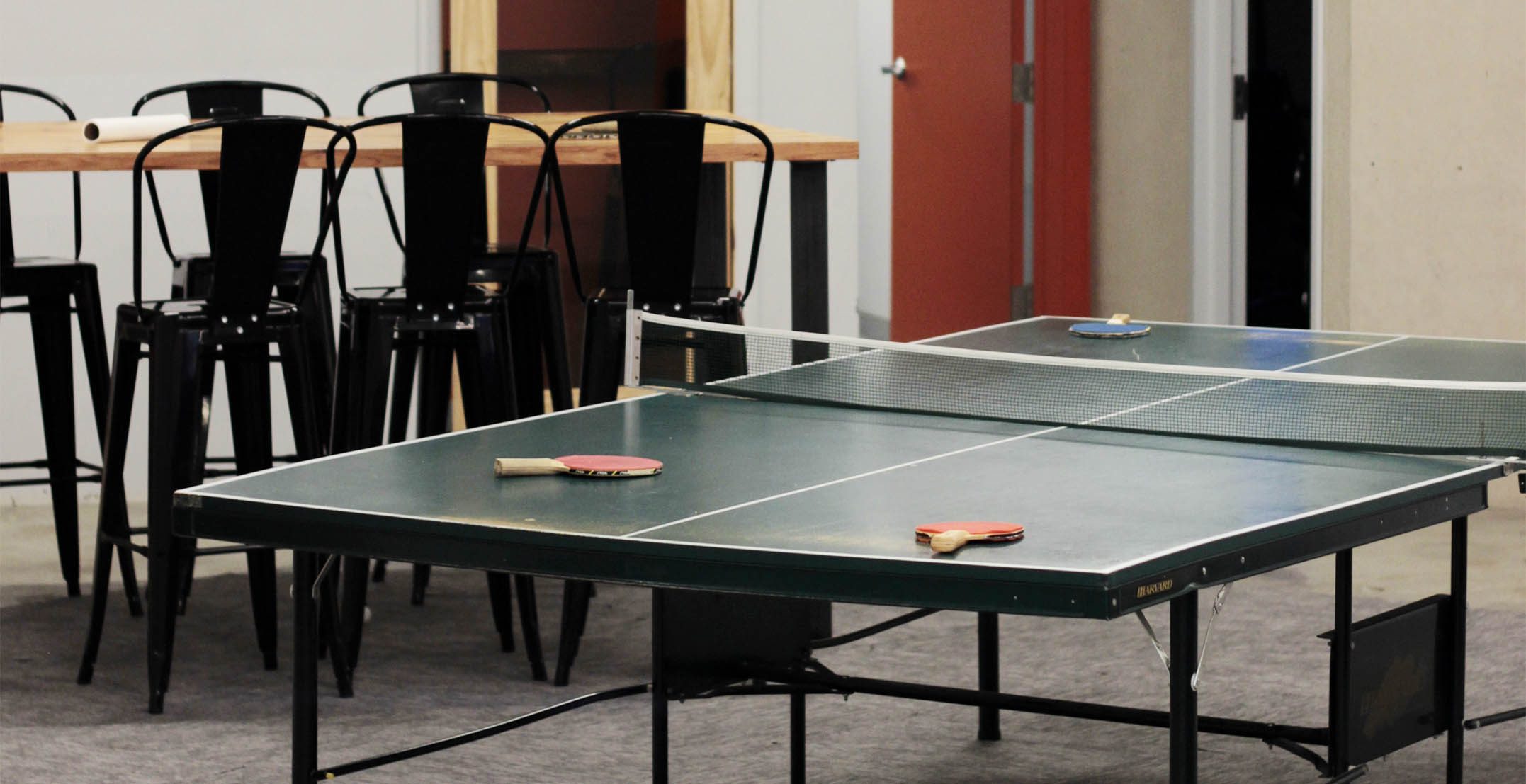 DBP: What was the first office you moved into?

MW: After spending 18 months in Connecticut at my parents’ place getting our feet under us, we actually moved to Denver for two years. We weren’t swimming in venture capital. We realized that by going to Denver, any money, any resources we had would be tripled, the pricing difference is so much between there and New York. Plus, we could snowboard a little bit and try a new city. We came back though and popped around New York. We’ve been on 18th between 5th and 6th, we’ve been down to the South Street Seaport area, we were in Lower Manhattan, and now we moved over to Brooklyn. MetroTech, specifically, has been a great location because of the subway coverage. We have employees coming from Manhattan, New Jersey, Long Island (who come right into Atlantic Terminal), and all over Brooklyn.

DBP: And so what brought you to Brooklyn?

MW: A lot of things change over the years and as we started hiring more people, more and more of our workforce was either in Brooklyn already or living below 14th Street. So it made as much sense as anywhere else and we found a great situation in the space here. When investors, accountants, lawyers, etc. come from Manhattan to see us, they always remark on how quick and easy it was to get here. I’ve lived in Brooklyn since 2011, first Brooklyn Heights, and now Kensington. The DeKalb Market is a favorite for some of our team members for lunch, that’s an awesome new development, and the team has been known to do some outings at Floyd on Atlantic Avenue. Bocce ball!

As we finished up the interview and headed out, the webinar was still going on, the staff still hard at work, and hundreds and hundreds of students and parents still tuned into the show at 15 MetroTech in the heart of Downtown Brooklyn.