Here’s who won the Make It in Brooklyn Innovation Awards

The growing strength of the Downtown Brooklyn tech world was on display last week at the Make It in Brooklyn Innovation Awards. Winners received a $1,000 prize, as well as a locally-made 3-D printed trophy. All are companies worth keeping an eye on in the future. 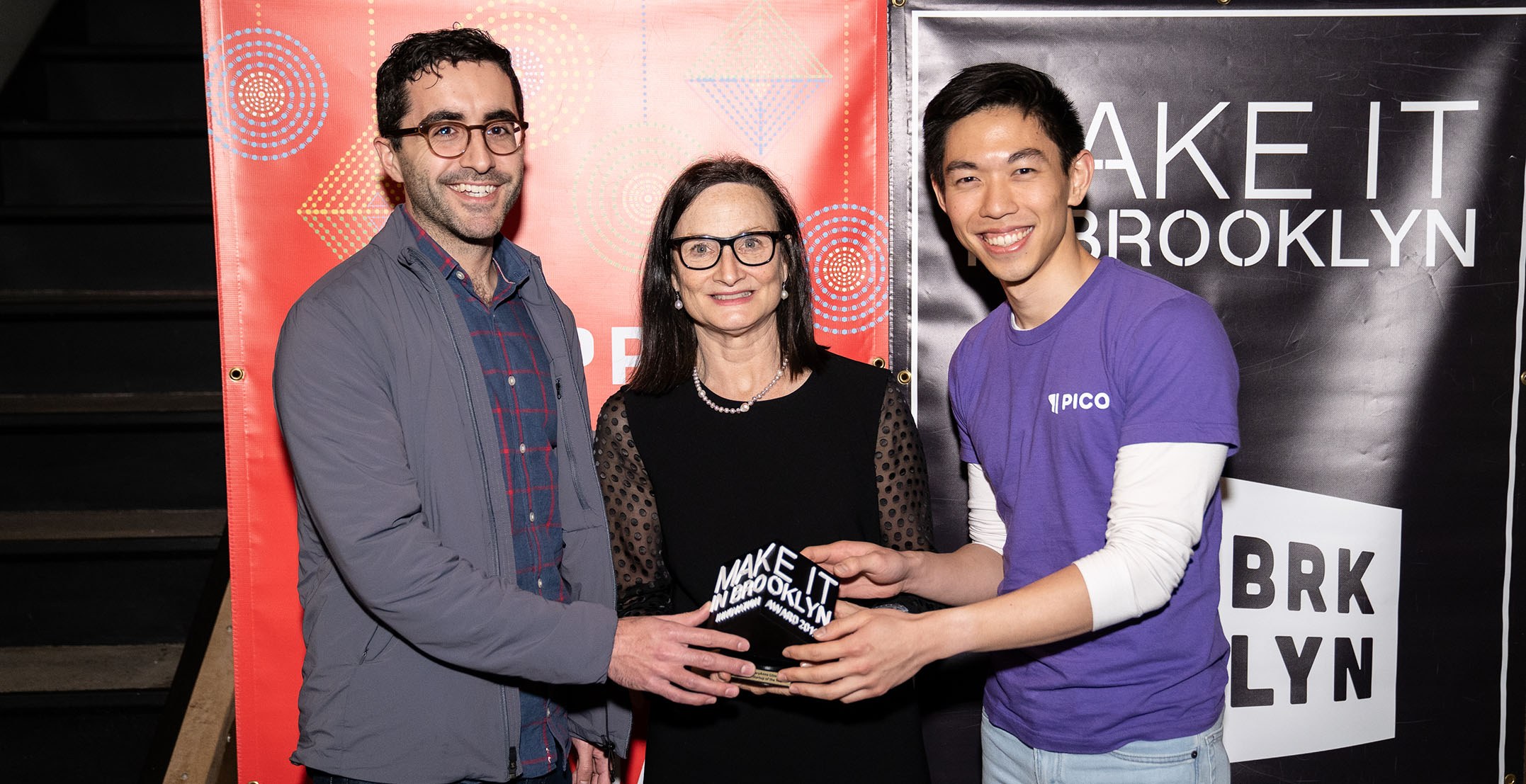 In a world where the business of journalism is in tumult, Pico has created an Audience Relationship Management platform and other tools to help bring to publications what Shopify brought to ecommerce. The startup raised a $4.5 million seed round in May and has been expanding. Presenting the award was Regina Myer, president of DBP.

“We moved here three years ago and I had never set foot in Brooklyn when we made that decision,” said Pico cofounder Nick Chen, who comes to the borough by way of the Bay Area. “This is pretty awesome. I’m so glad we bet on this neighborhood. It feels like the perfect mix of San Francisco and Manhattan and the creative energy that makes Brooklyn Brooklyn.” 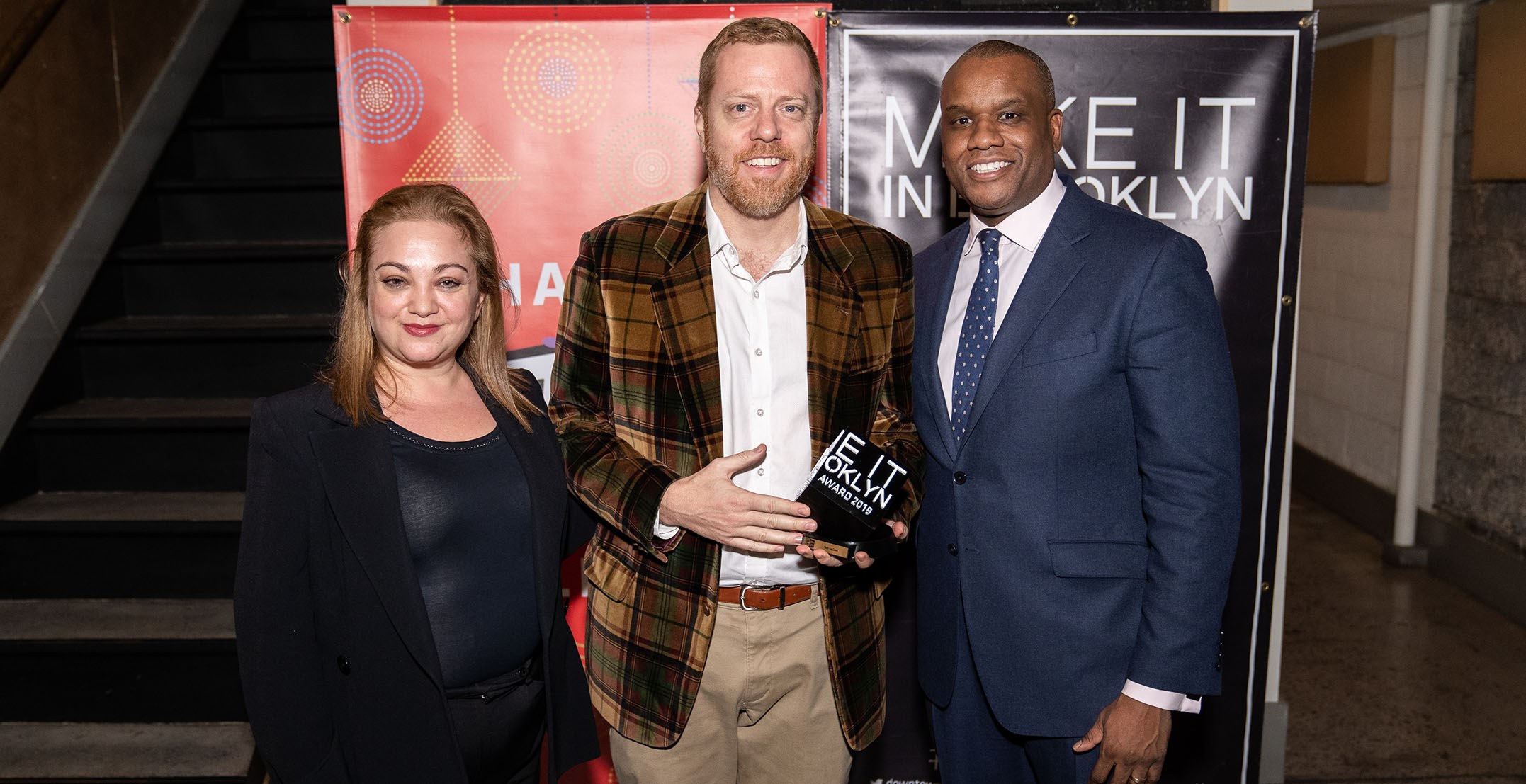 Non-profit group NPower offers free technology and professional skills training for people looking to get into the digital economy, with a particular focus on the white-hot cybersecurity space.

“We’ve been doing tech training since 2002, been in Downtown Brooklyn since 2007, and I think it’s amazing to get this recognition from our peers,” said Nelson Abbott, NPower’s program manager, who accepted the award alongside NPower president Helen Kogan. “A sense of frustration for me has been hearing about similar organizations doing this work around the world, while we’re right here down the street.”

The presenter of the Tech for Good category, Shawn Garrick, a relationship manager at JPMorgan Chase, which also was a sponsor of the awards, offered a reminder of the potential for technology to be a force for good in the world.

“Some big names in the tech world got some bad press this year, but it’s important to remember that technology can be a means to solve problems, and to make the lives of people easier and more efficient,” Garrick said.

Invention of the Year: CLIP by CLIP Bike 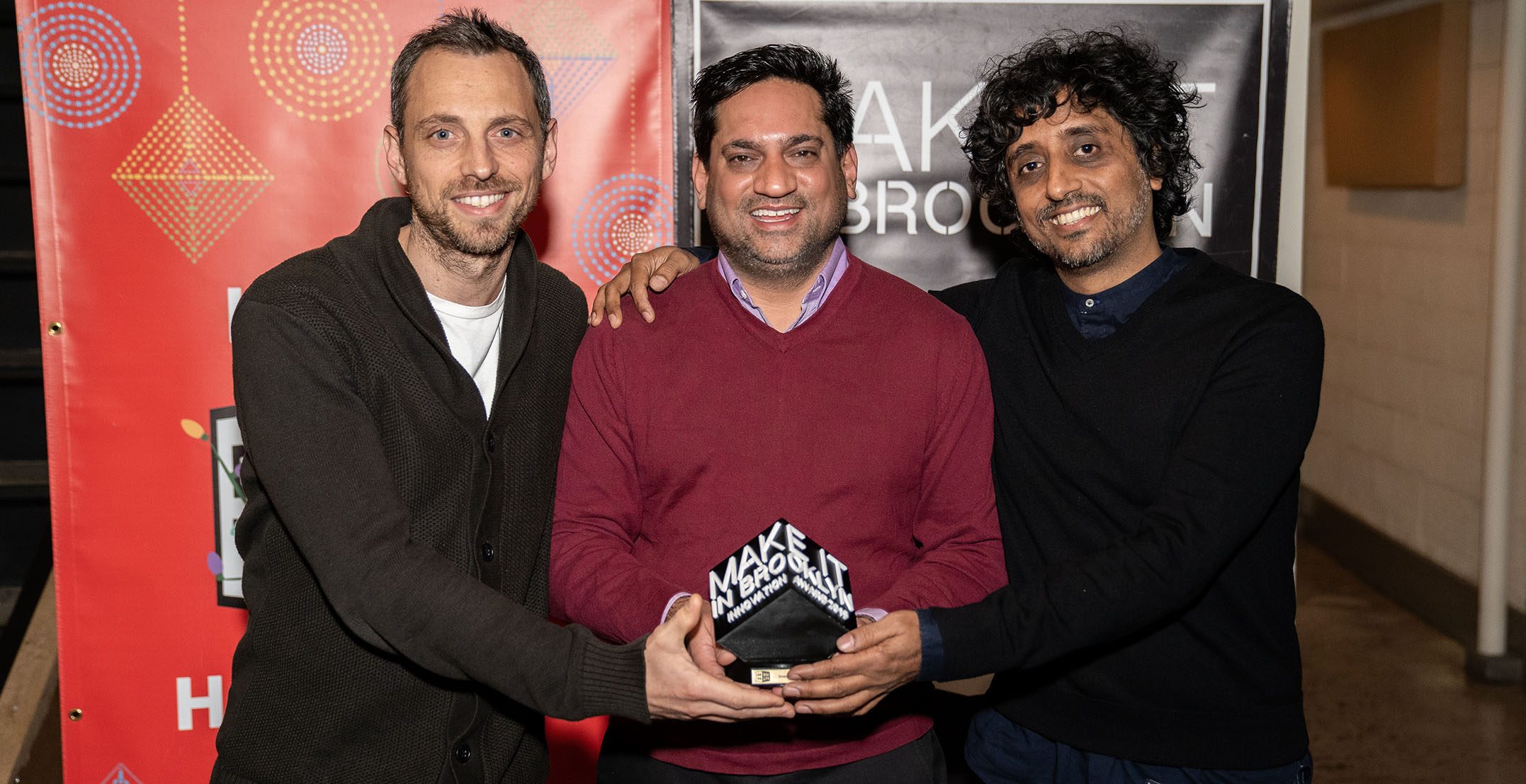 In a city increasingly beset by transit congestion, CLIP Bike offers a solution with its detachable motor, which can transform a regular bike into an e-bike. NYU Tandon School of Engineering Associate Dean Sayar Lonial presented the award, noting how crucial the work of engineering is to the growth of new technologies. NYU Tandon is also a sponsor of the Make It in Brooklyn initiative.

“Really, this is validation from a community that’s interested in promoting new technology. It’s been fantastic right from the beginning, connecting with DBP and seeing all the other startups in this ecosystem that are being supported,” said CLIP Bike cofounder Somnath Ray. “And the support is not just surface level, it’s quite meaningful. We have been to pitch contests and other events that don’t focus on the larger picture, and are just about the event itself. But here, there seems to be this motivation and greater vision, and you can see it in all the details.”

Rookie of the Year: Dollaride 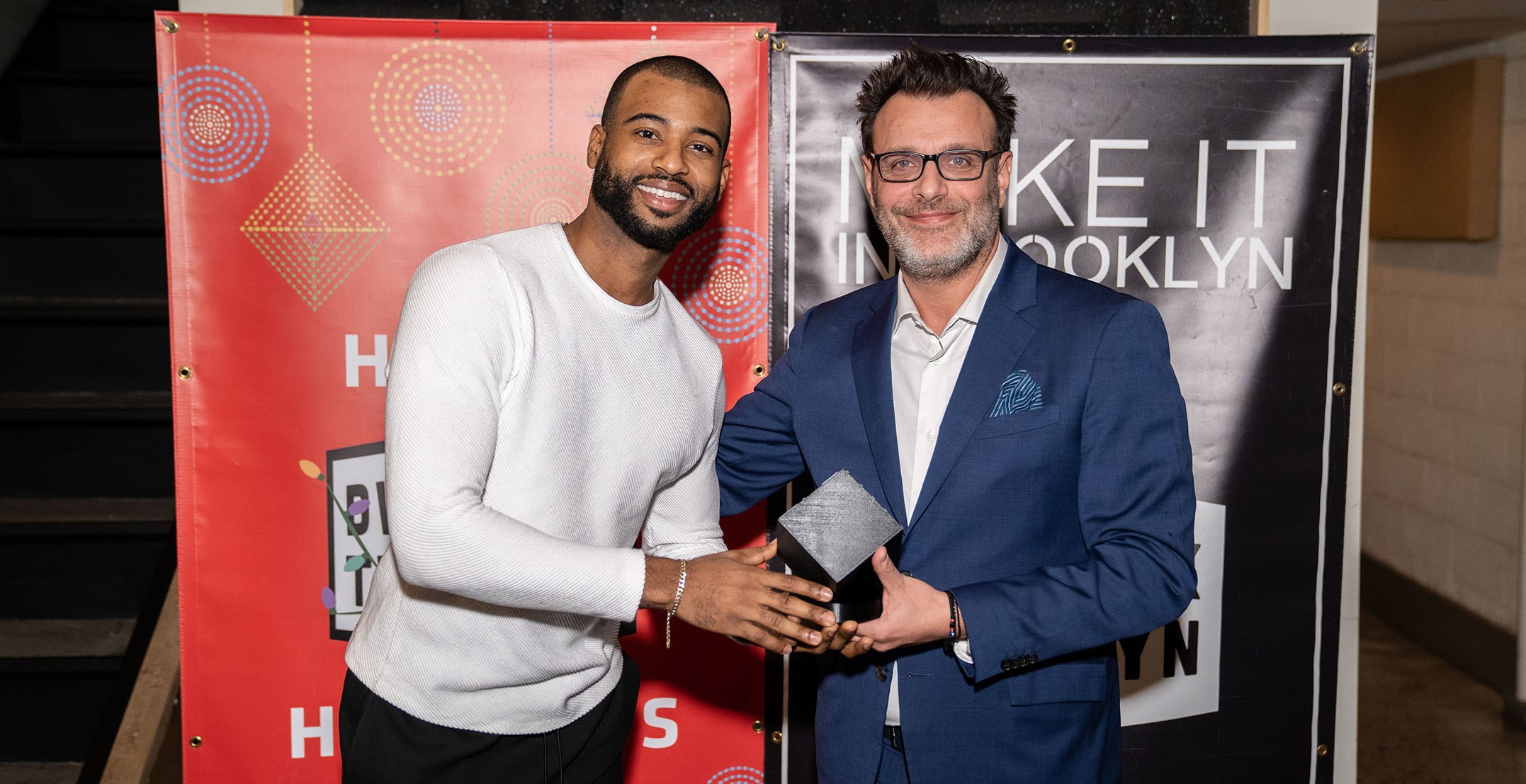 Dollaride cofounder Chris Coles (l) accepts the award for Rookie of the Year from TerraCRG founder and DBP board co-chair Ofer Cohen (r).

Hailing from Urban Future Lab here in the heart of Downtown Brooklyn, the Rookie of the Year award went to Dollaride, a startup founded by the nephew of a dollar van operator, Su Sanni. The company aims to help dollar van drivers and users by digitizing the grassroots transportation network. You can read more about the company in our interview with founder Su Sanni here.

Ofer Cohen, founder of TerraCRG and co-chair of DBP’s board, presented the award and offered advice and luck.

“It’s now been more than ten years since I started TerraCRG, but I still remember the early years, and I wish each of the nominees all the luck in the world. Starting a business from scratch is not easy, and I will be happy to be a resource for these great companies.”

Thus concludes a decade in the Brooklyn tech world that has seen rapacious growth in the borough. We look forward to a new year, and a new decade, of growth, problem-solving, job creation, and community. We thank our sponsors NYU Tandon School of Engineering and JPMorgan Chase for allowing us to continue to develop this world.