The startup’s idea for a modular motor to transform regular bikes into e-bikes got the green light from the judges.

CLIP is a product you might use when biking around the city. Laboring, sweating up a hill, wouldn’t it be great just to be able to have a motor attached to your front wheel, assisting you with your ascent before that sweet, sweet coast down to ground level? So thought the judges at the Make It in Brooklyn (MIIB) Future of Transportation pitch contest, who, after deliberation, emerged to announce their decision to the crowd: the $5,000 grand prize would go to pitcher and co-founder Som Ray’s company, CLIP.

Ray’s invention, which he works on with co-founder Clement Alcala, is a modular electric motor that can be used to retrofit almost any bicycle, transforming it to a pedal-assisted e-bike. CLIP’s bikes are street legal, topping out at a speed of 20 miles per hour, the limit under the law to be considered a bicycle rather than a motor vehicle.

The contest took place in a white-walled and concrete-floored space at The Hall, RXR’s adaptive reuse of former industrial buildings across an entire block along Flushing Avenue, adjacent to the Brooklyn Navy Yard. When finished in the spring, The Hall will be a unique and stunning mixed-used commercial facility. 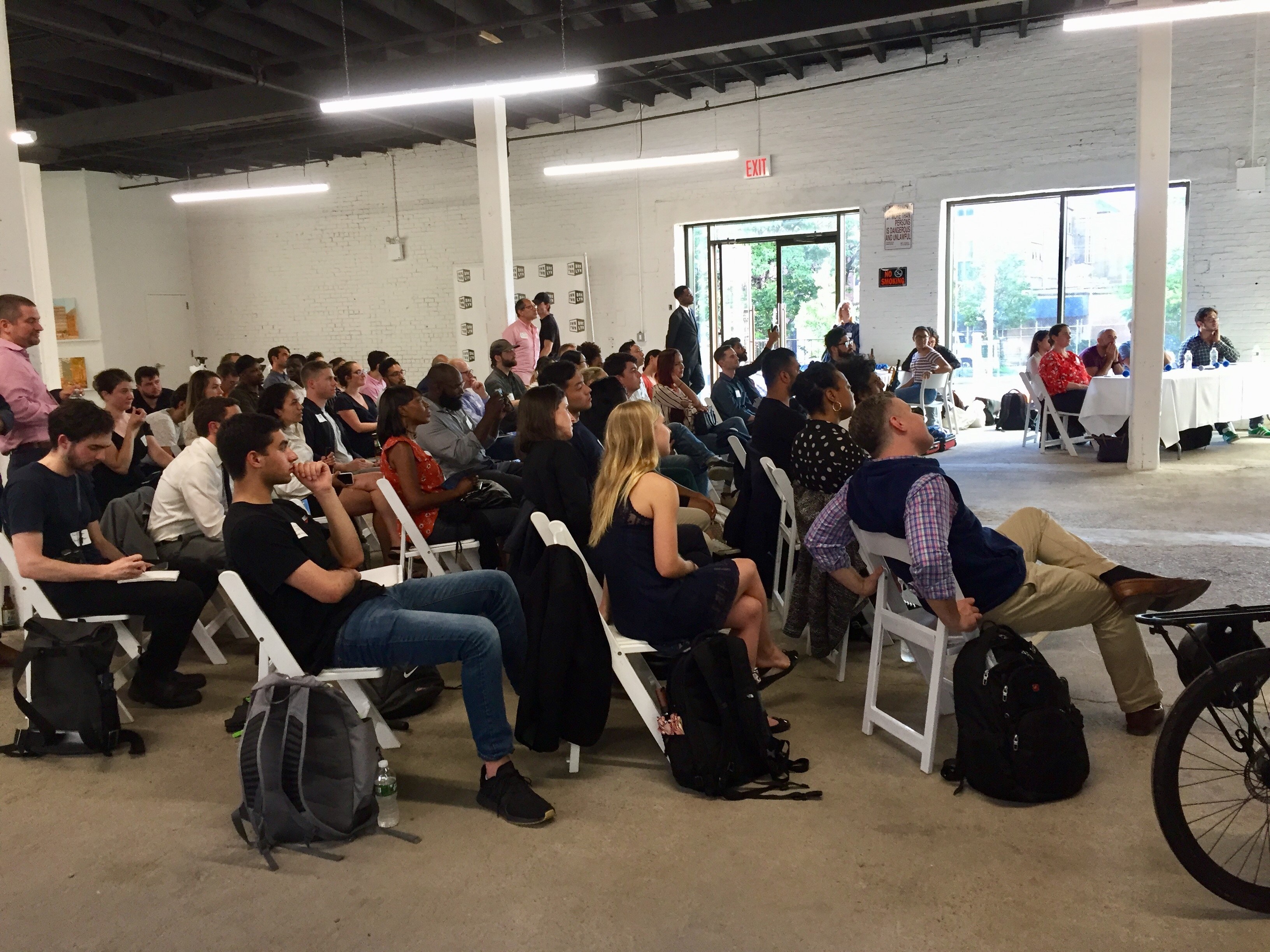 The crowd at The Hall eagerly awaits the announcement of the winner.

Judging the competition were some of Brooklyn’s finest: Jess Schumer, executive director of Friends of the BQX, Charlie O’Donnell, the founder and general partner of Brooklyn Bridge Ventures, John Rapaport, a partner at Cyrus Capital Partners, Natalia Quintero, the managing director of the Tech Transit Lab, and Jason Cahill, the managing partner at Carbon Ventures.

CLIP faced some steep competition. A crowd favorite, SpotOn.Pet, founded by Aparna Srinivasan, made the case for her app, a network of for-hire drivers capable and willing to transport pets. Too often, she said, a typical taxi or ride-hailing service will not allow pets to ride in cars. Helping her case, she brought along her co-CEO, Krishna, a 13-year-old, yellow Lab-Pei mix, who was a crowd pleaser.

White Fox Scooters brought along another crowd pleaser: three of the company’s electric scooters that could be found at various points of the event, zooming around the venue. Founded by Sidd Saxena, the company wants to make the last mile problem a thing of the past. Saxena explained that the company already has contracts with several Brooklyn hotels, and has plans to expand further. 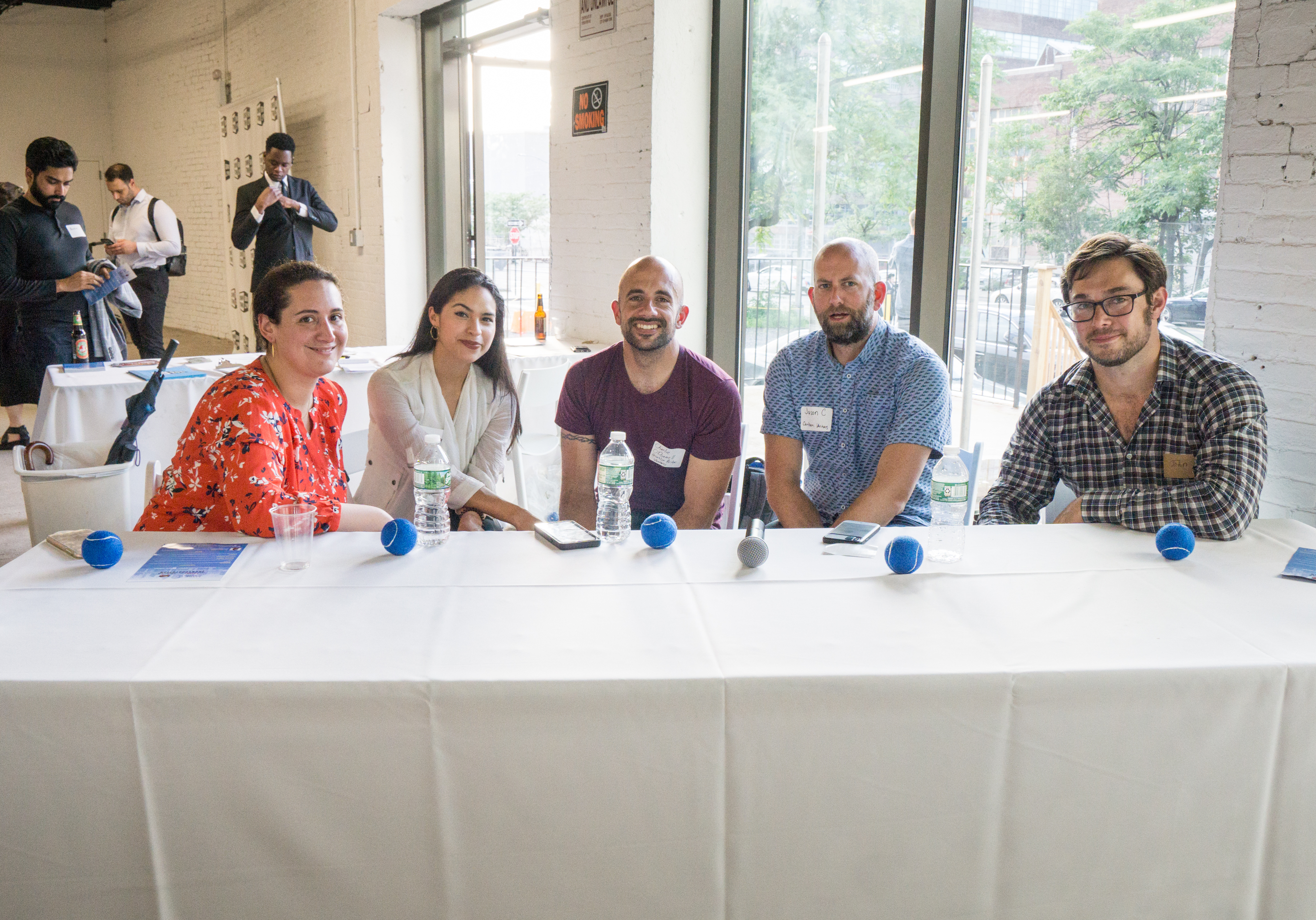 A true homegrown startup in the field was Graceful Travels. Founded by Keturah Suggs, of Brownsville, the company’s mission is to create a fleet of vans to serve older adults, particularly in areas with poor access to mass transit. By providing seniors with a reliable and affordable form of transportation, Graceful Travels aims to allow seniors to age in place.

Last up was Tom Santora, founder of auto i, which has developed a 360 degree dashboard camera that serves as a security device should one ever be in a car accident. The device also notifies owners if there’s movement in their cars, thwarting potential thieves.

Some notables in the Brooklyn tech world made an appearance at the event. Alex Levin, the founder of L+R, a creative and product agency in Dumbo, came by with several colleagues. Ryan Kriser, the founder and CEO of Helios Ventures was spotted in the crowd, saying he was there to get a look at the early-stage startups. 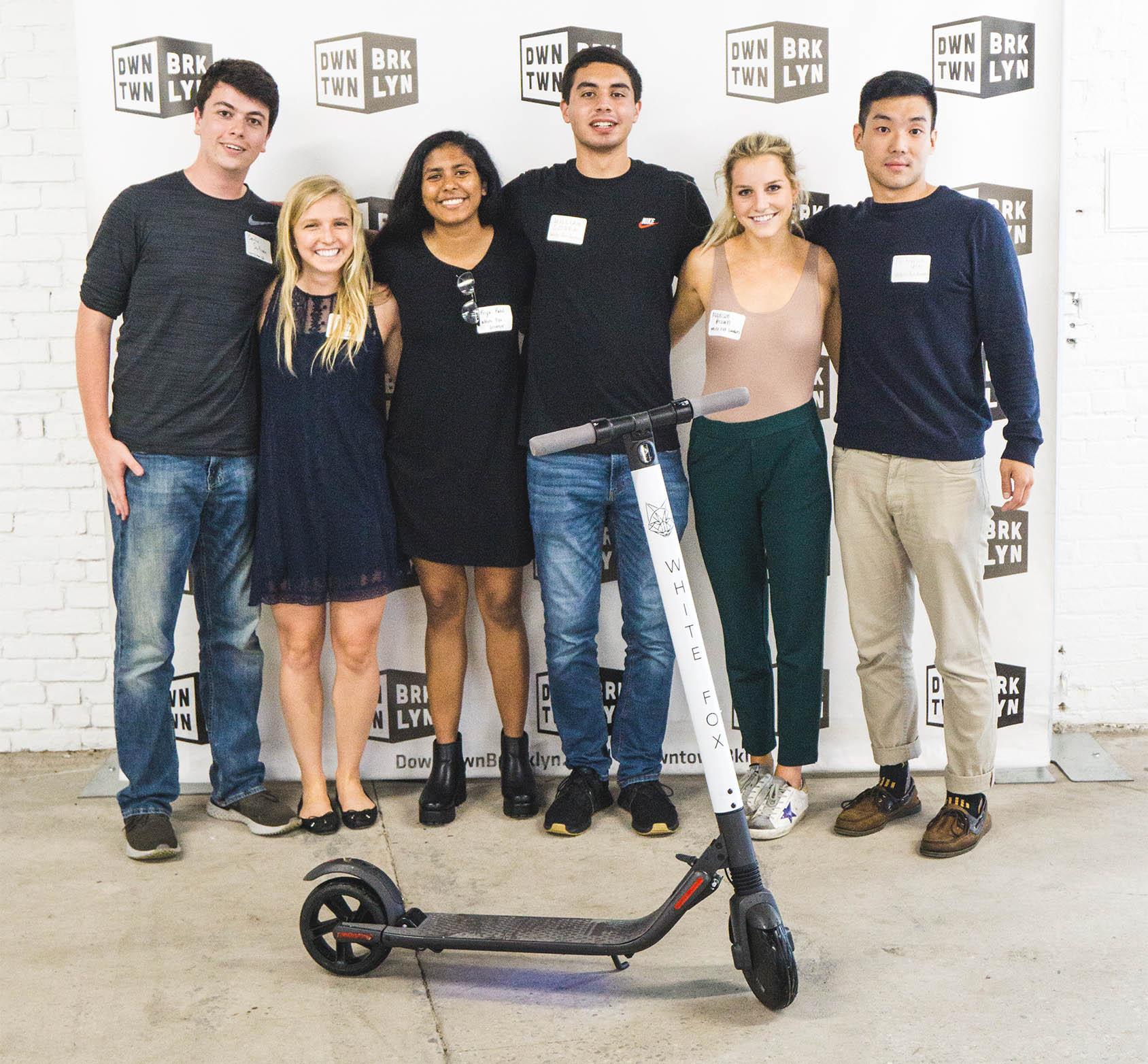 And, of course, Mike Murphy, the technology editor for Quartz, served as emcee for the event, seamlessly introducing the companies and entertaining the crowd with his wit and stories of journalism.

The crowd feasted on empanadas from Downtown Brooklyn’s Pollo d’Oro, during the drinks and networking part of the evening.

The $5,000 dollar prize was made possible thanks to Keystone sponsors NYU Tandon School of Engineering and JPMorgan Chase. 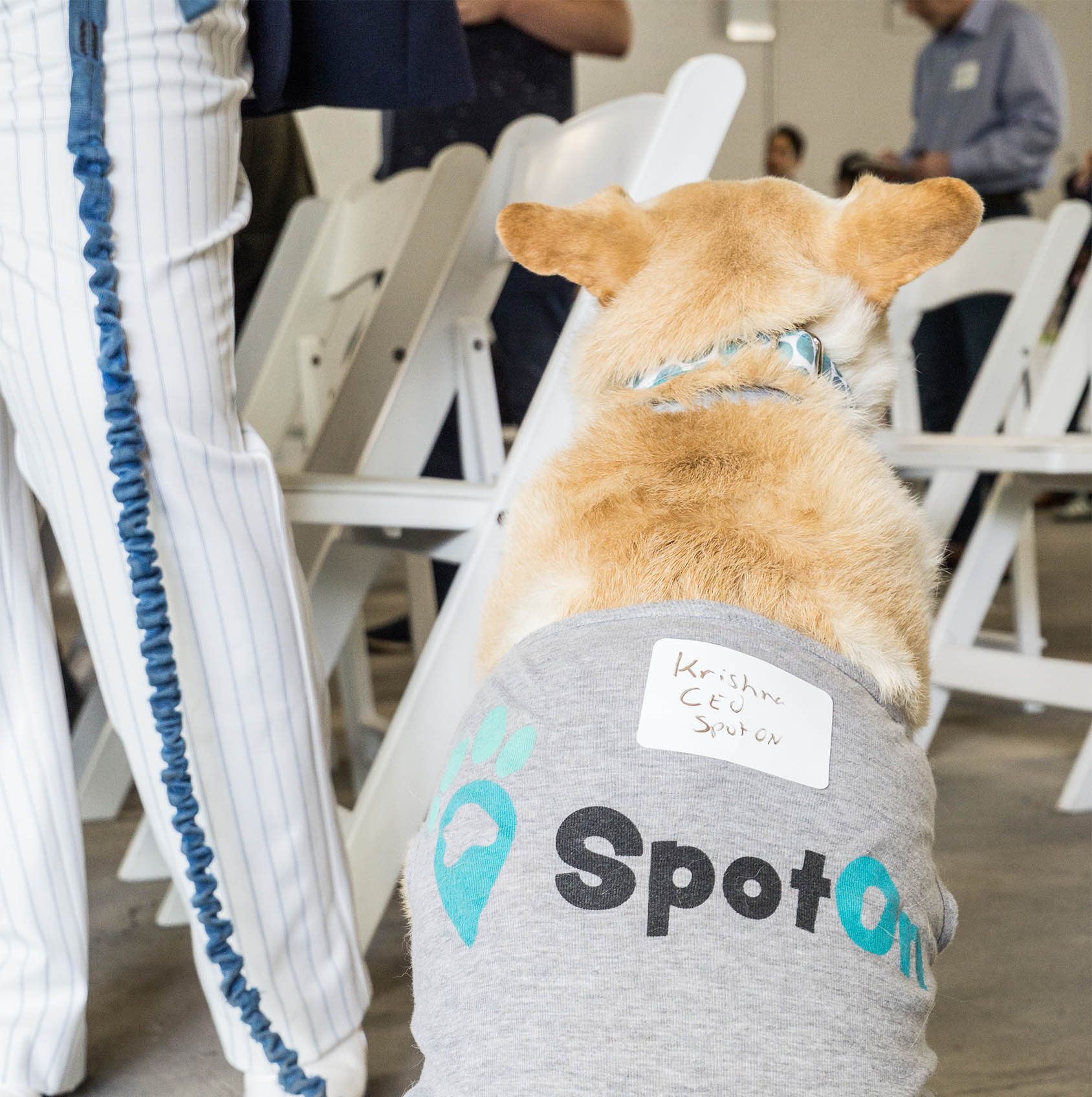 The most popular of all the audience members was easily Krishna, the co-CEO of SpotOn.Pet.

Additional support for the event came from Goodie, a chat app with which audience members were able to message with each other about the event in real time with their phones. EA Creative Consulting, a strategy and product agency, sponsored the event and donated a free consultation for the winner.

Stay tuned for details on forthcoming events by signing up for our monthly e-newsletter, the Make It in Brooklyn Minutes!