Thousands attended a weekend full of exciting performances, classes, tours, and free outdoor programming at The Plaza at 300 Ashland. 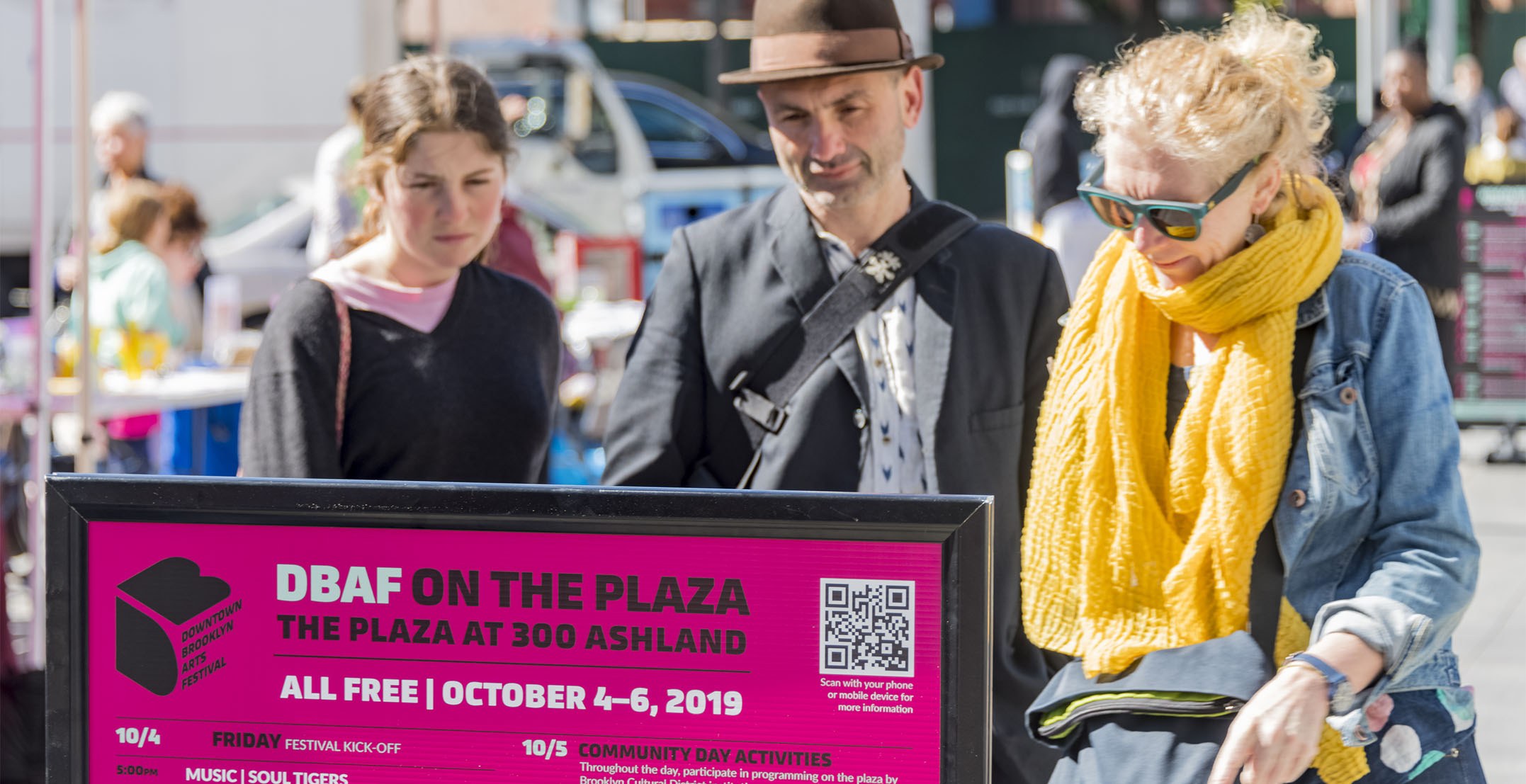 DBAF kicked off Friday evening with the energetic rhythms of local Brooklyn youth marching band, Soul Tigers, bringing hundreds of people together on the Plaza. 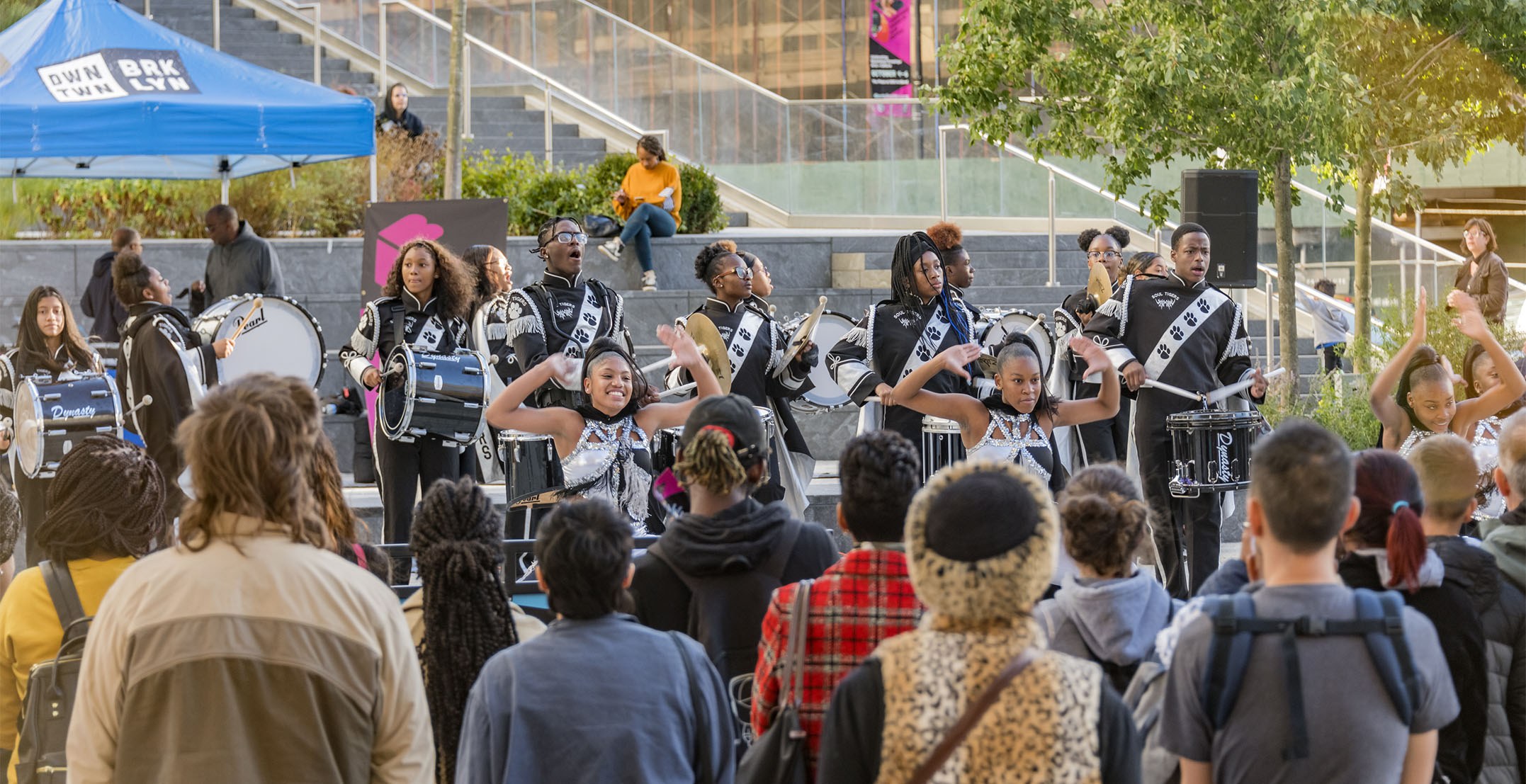 A dance party of old-school house music led by Soul Summit followed. The DJ collective known for its long-running parties in Fort Greene Park emphasized all things soulful and got the party started with people of all ages and backgrounds. 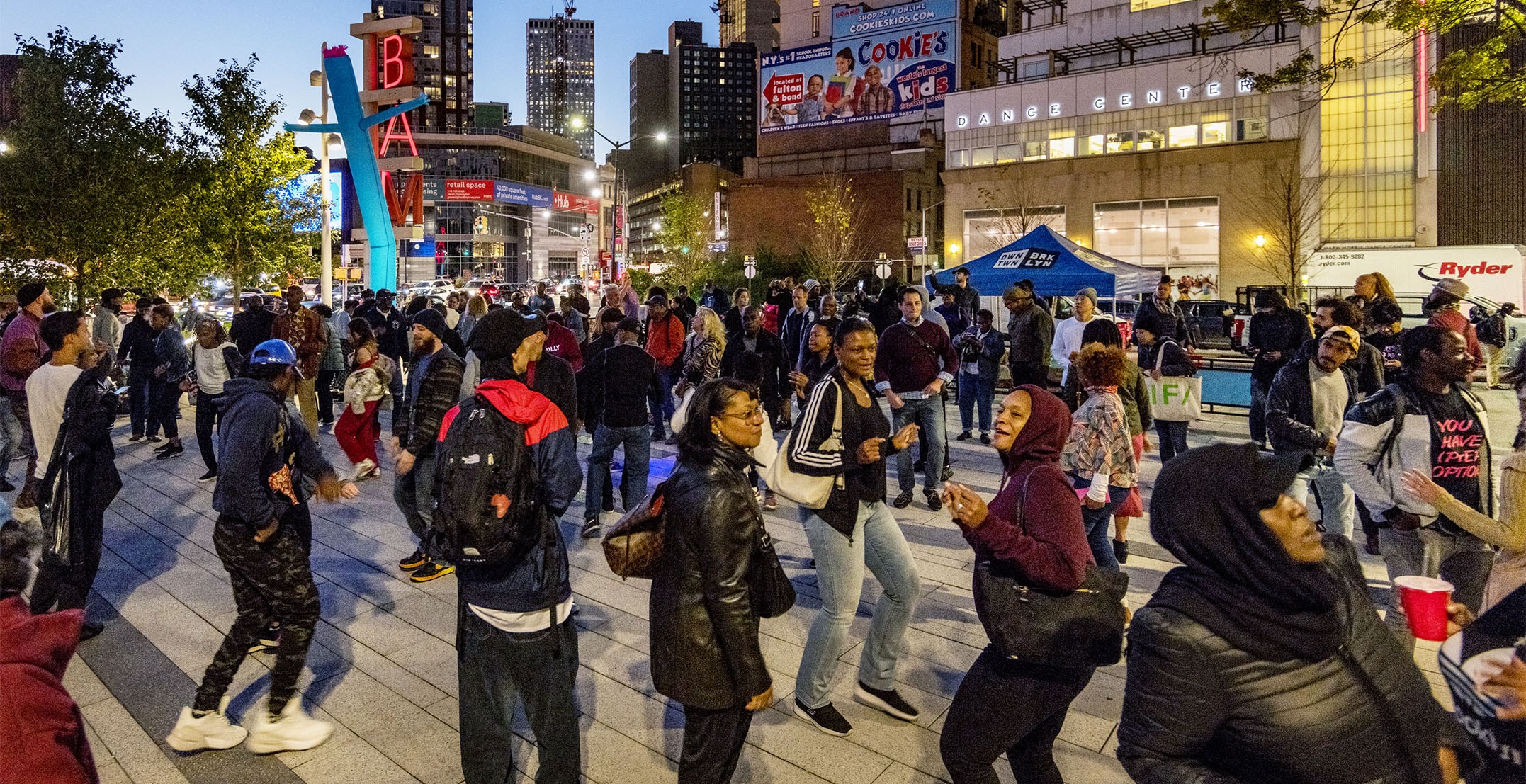 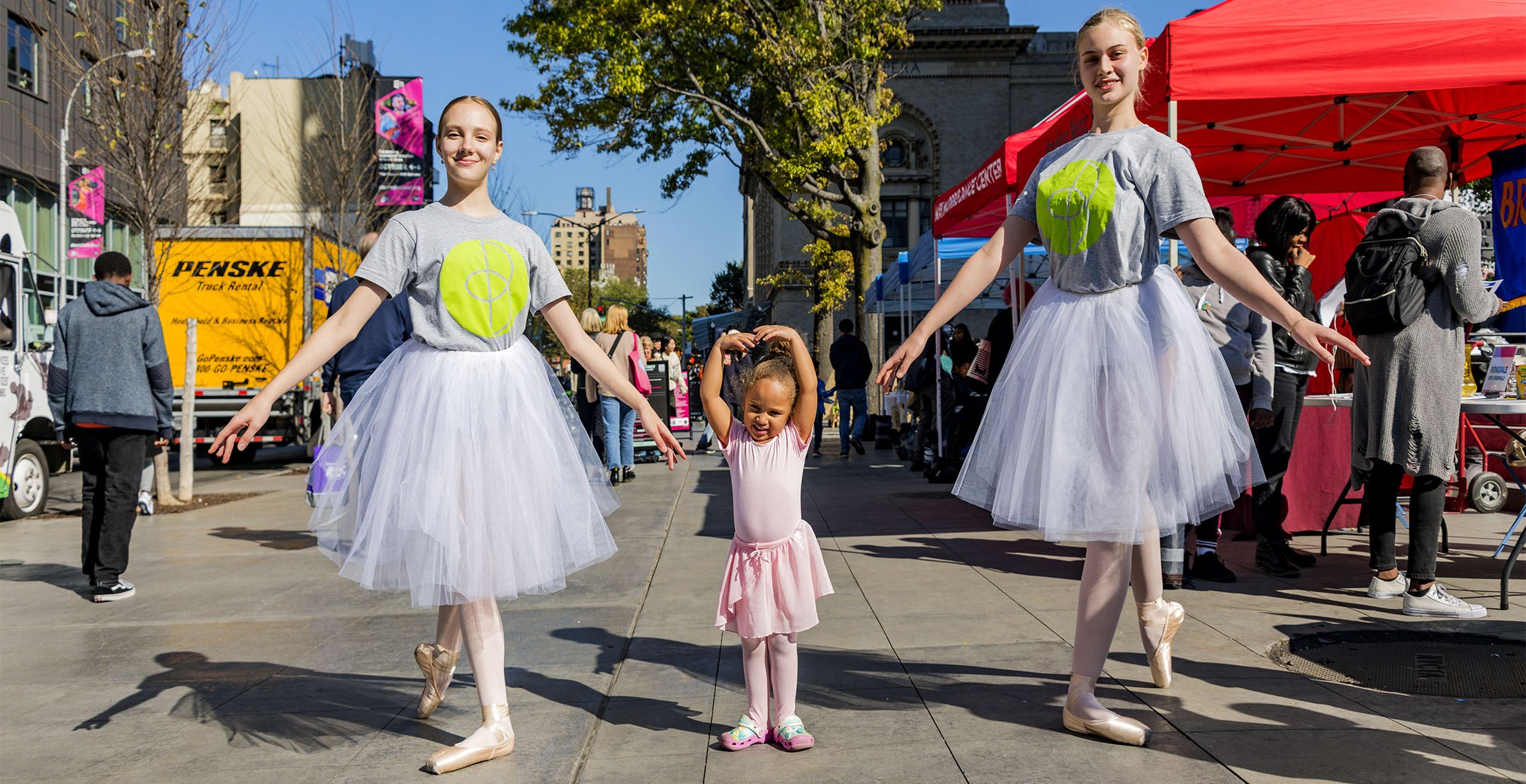 The day began with a family-friendly drum circle, followed by The Discount ‘90’s Rock Ensemble, a group of young students who played music from the 90s. Both performances were brought to DBAF by the Brooklyn Music School. 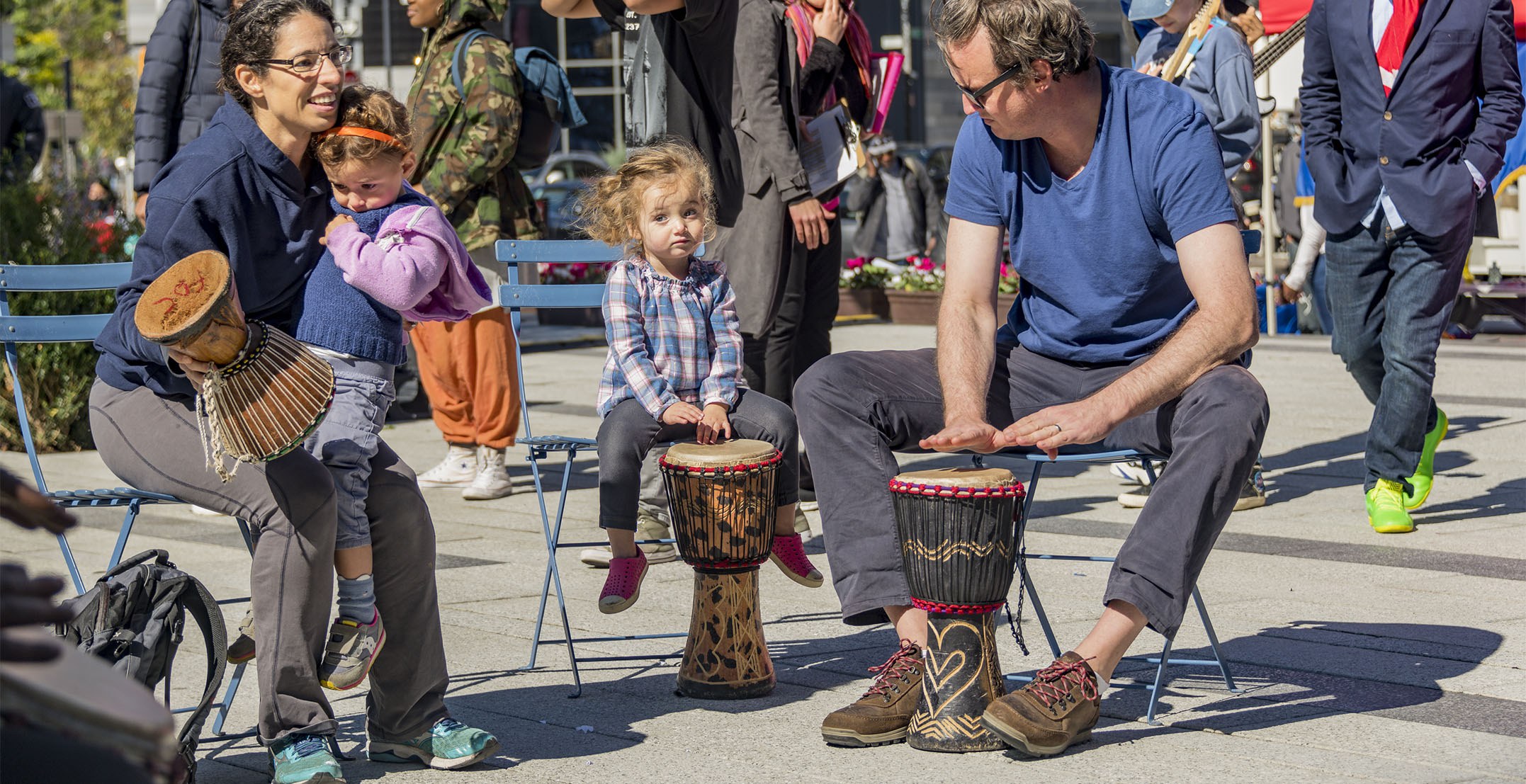 The Strike Anywhere Performance Ensemble and the Tours Soundpainting Orchestra created a live-composition, “Soundpainting Downtown Brooklyn,” with a team of improvising musicians, dancers and actors. 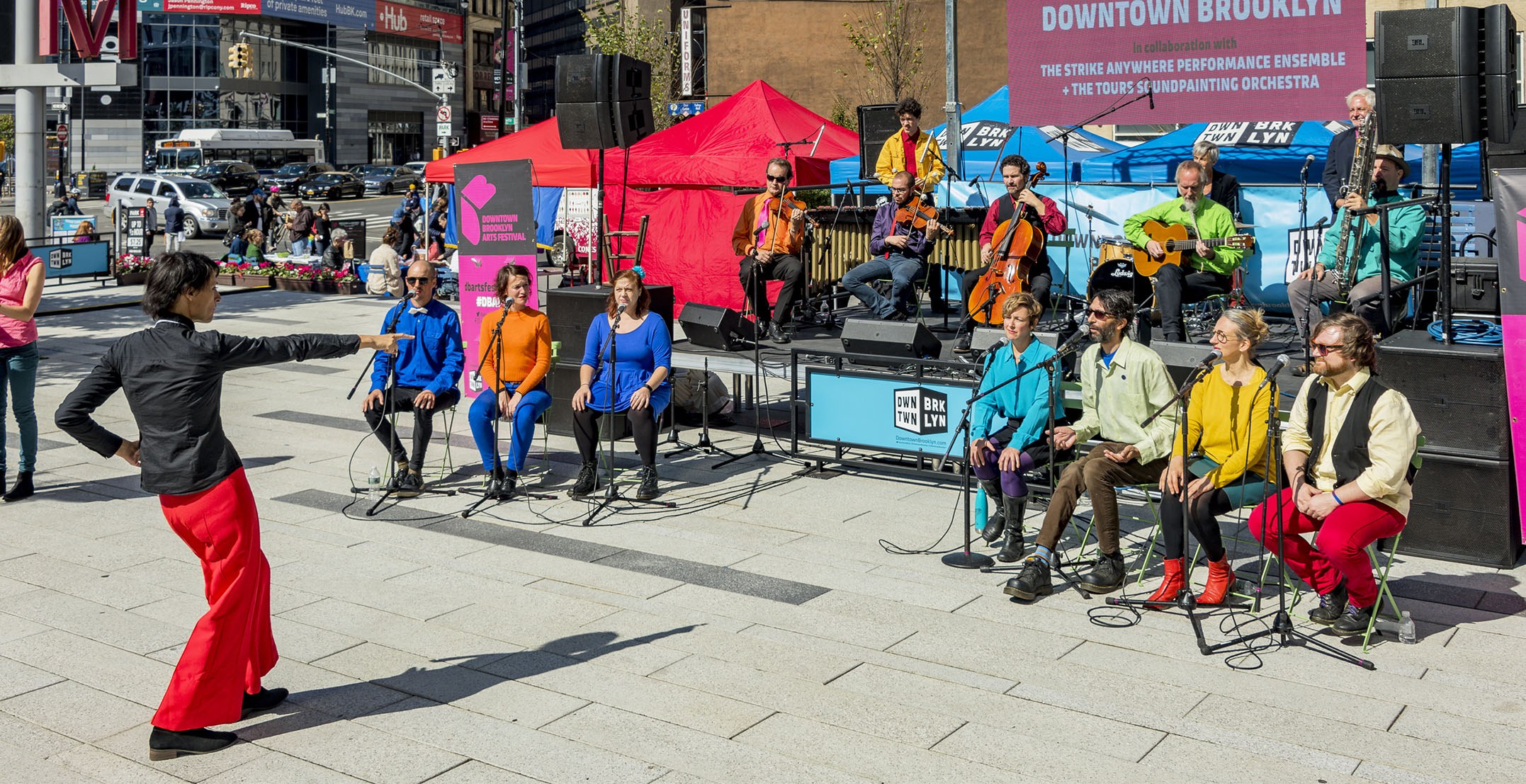 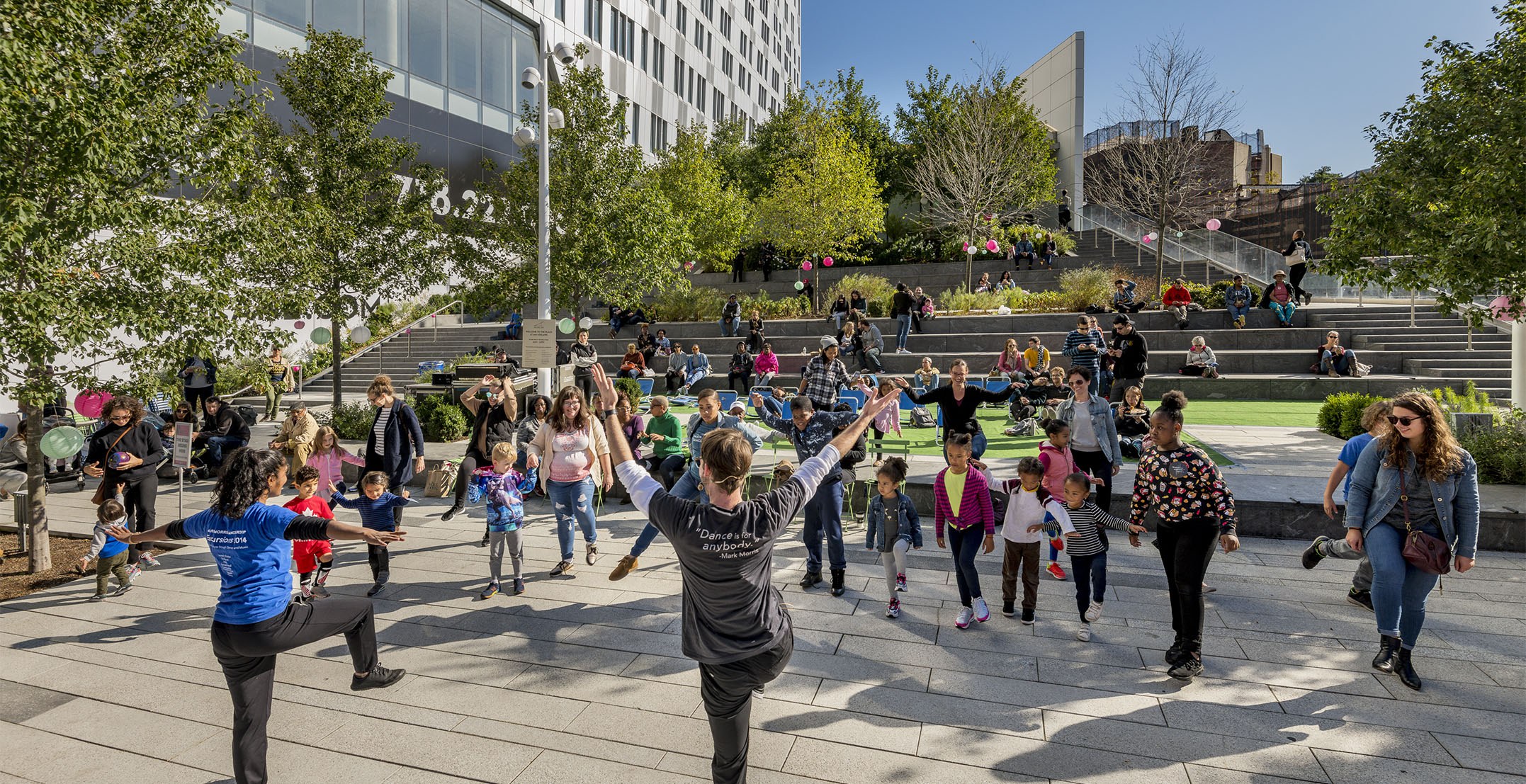 Asphalt Orchestra, Bang on a Can’s radical street band, closed out the day with ambitious processional music by the Pixies, Thomas Mapfumo, Charles Mingus, and Frank Zappa to the mobile masses. 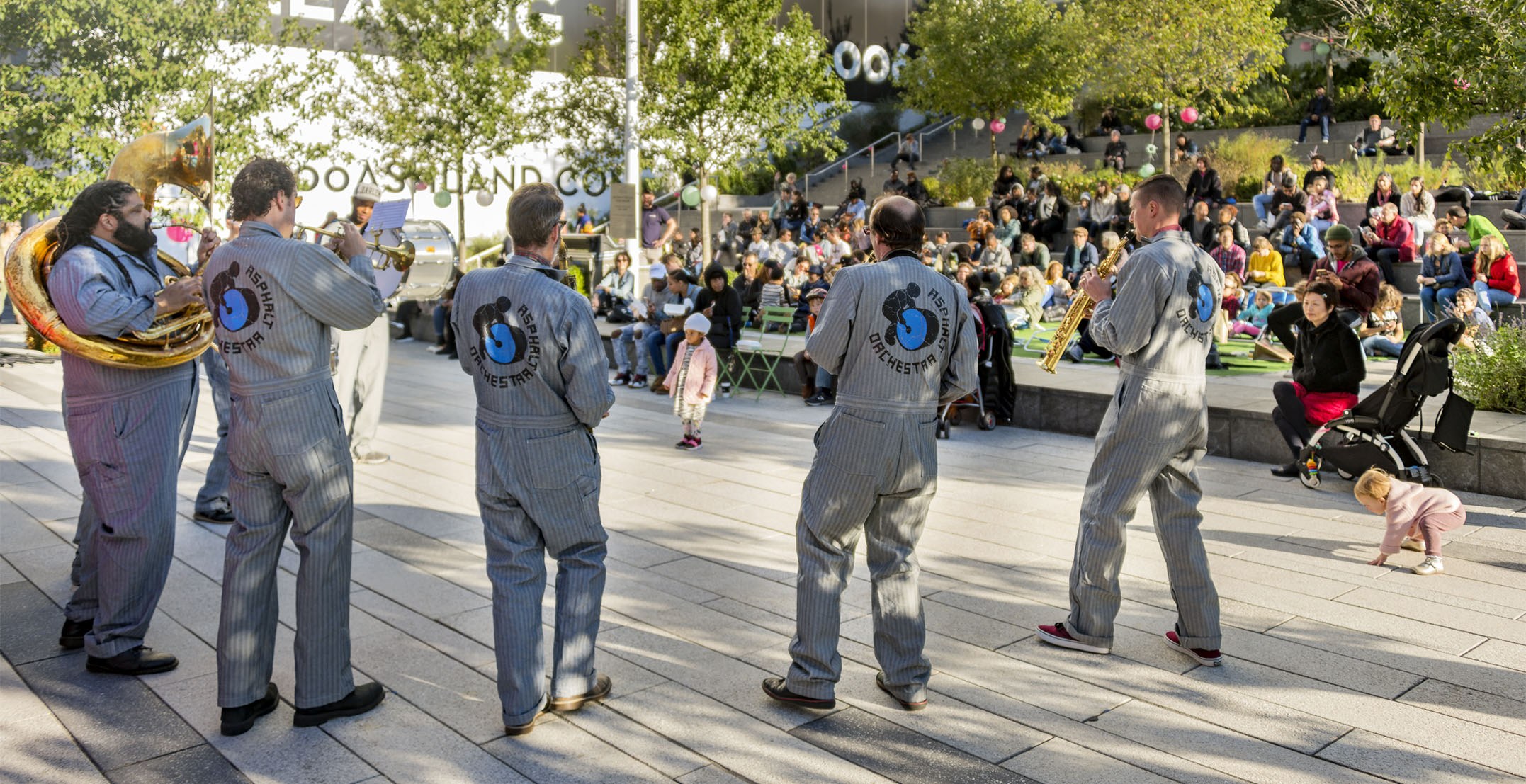 The final day of DBAF began with a celebration of African dance from Jamel Gaines Creative Outlet, and was followed by an excerpt of Urban Bush Women’s community dance piece, Hair & Other Stories, exploring what constitutes freedom and liberation. 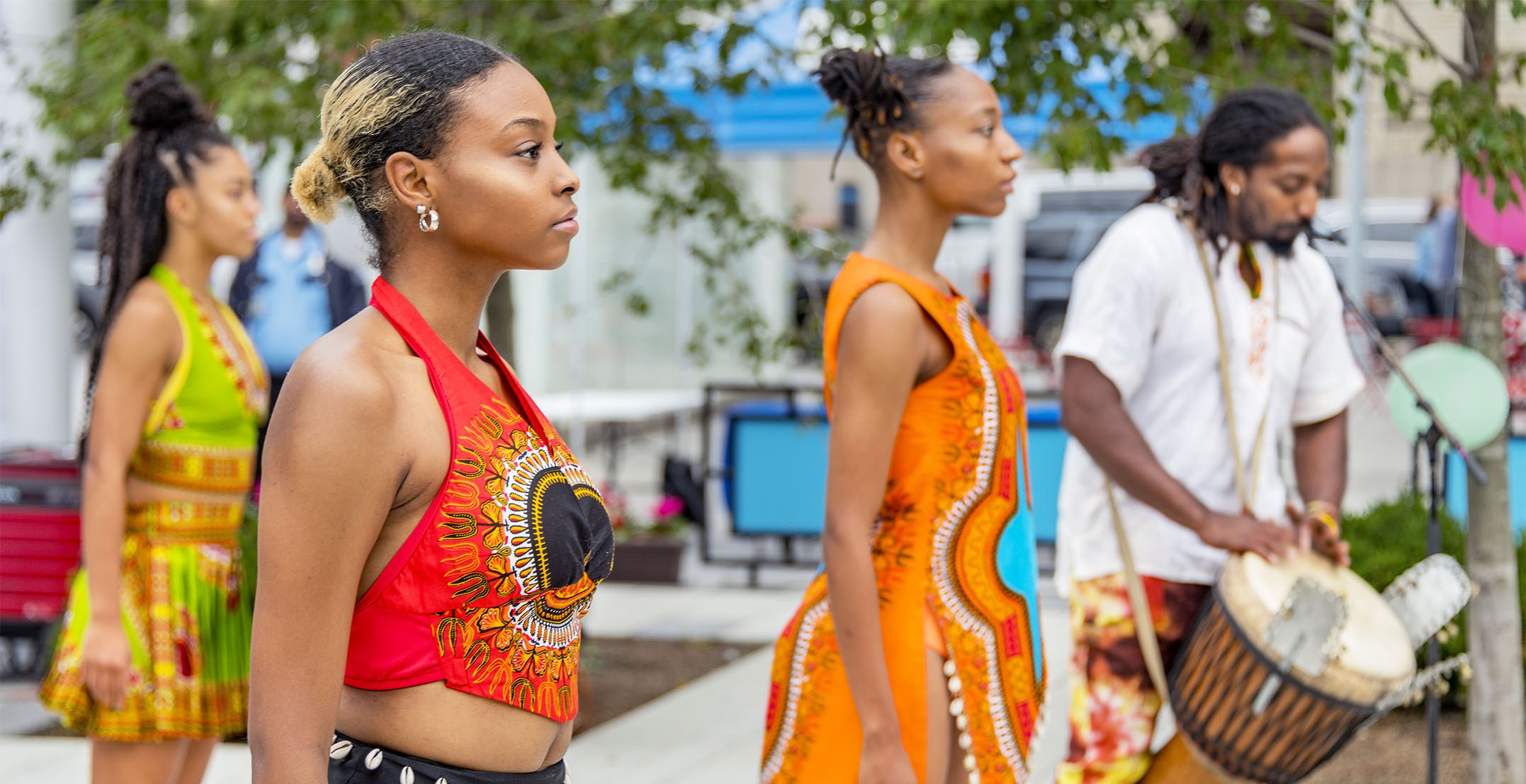 The three-day celebration culminated in an electric performance by Oddisee. His performance was in tandem with exhibitions at BRIC and Brooklyn Historical Society, which highlighted New York-based artists and the contemporary Muslim experience. 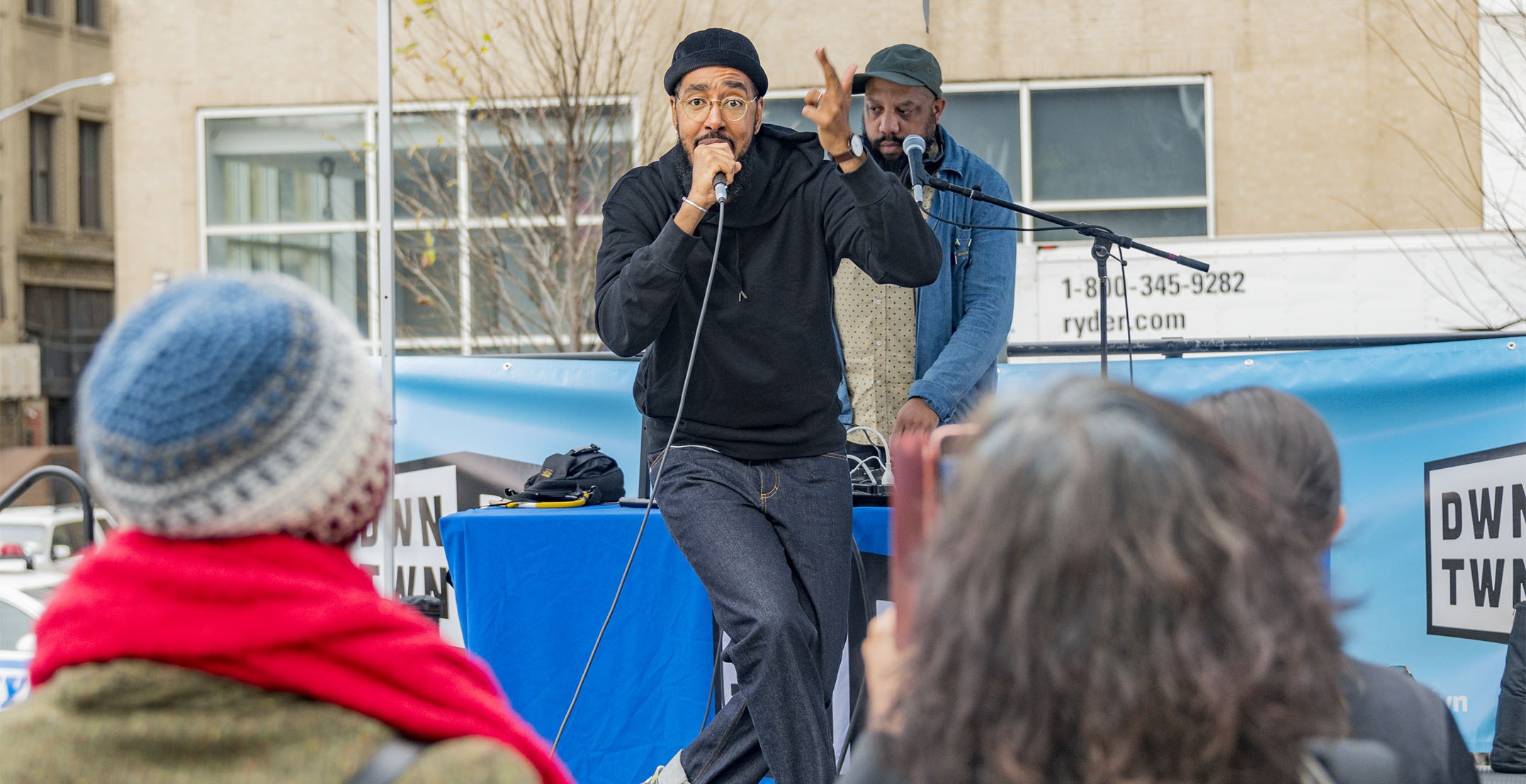 The festival closed with a DJ set from Brooklyn’s own Talib Kweli, along with a pop-up of his Nkiru Books, once one of Brooklyn’s oldest African-American bookstores. 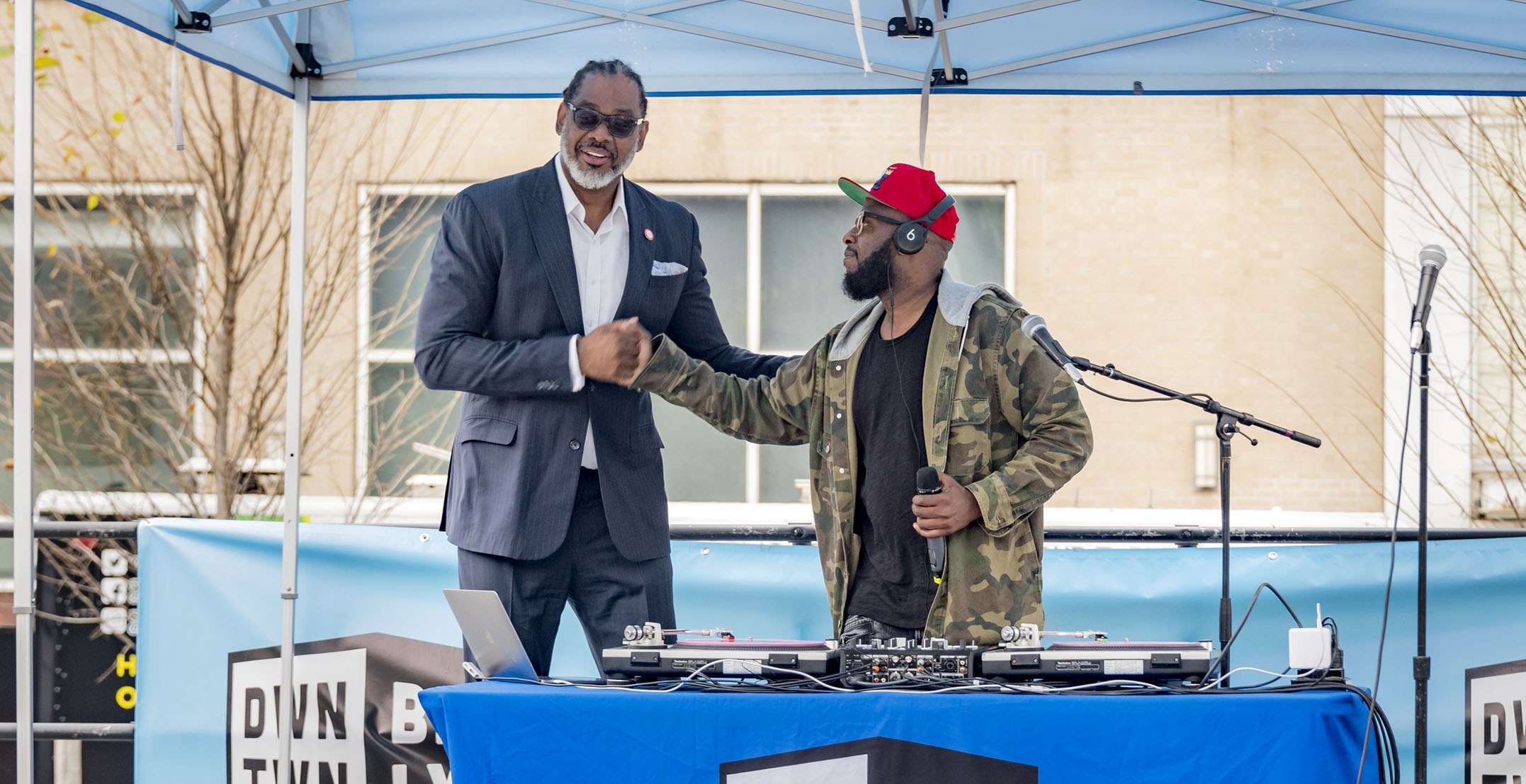 Stay tuned for updates on next year’s lineup! In the meantime, find out about everything that’s going on in Downtown Brooklyn, here.